Pensioner Galina Meshkova (pictured) is living comfortably with a family in Ashgabat and cannot be described as a slave, representatives of Turkmen NGO Yenme have said. Yenme sent visitors to see Meshkova following a report by turkmen.news on the old lady’s puzzling status living in another family, and a request from her daughter who lives in Afghanistan. Meshkova was fully aware of what she was doing when she gave her apartment to the family, and she calls the head of the family son, the visitors said.

Turkmen.news first reported Galina Meshkova’s case in July 2018. Her daughter Olga Veriyalova, who left with her husband for his home country Afghanistan, lost contact with her mother just before New Year 2014. It emerged later that their apartment in Ashgabat had become the property of Mrs Meshkova’s former lodger, Mamed Mamedov.

Olga Veriyalova thought her mother was living in the Mamedov family practically as a slave, while there were serious concerns about her health.

A month ago, turkmen.news managed to talk to Mamed Mamedov. He categorically rejected all the claims that Galina Meshkova was a slave in his family, but refused to say how he became the owner of her apartment. We tried to talk to the pensioner herself too, but we did not manage to have a proper conversation, as Mrs Meshkova seemed not to hear us. Asked about her health, she said: “I’m not long for this world. I’m already close to death. There’s no one to bury me.”

And just a few days ago we received a report from Ashgabat that employees of NGO Yenme, which provides social support to the elderly, disabled, and children with developmental issues, had visited Galina Meshkova.

“She has lived with this family for many years and is comfortable there,” Yenme told turkmen.news. “She has always been amongst people, and when Mrs Meshkova was left on her own, she couldn’t adapt to it.”

The old lady has her own room next to a bathroom. Gulnara, the wife of the head of the family, is a doctor by training and constantly monitors her physical health. Despite her age Mrs Meshkova is of sound judgment and knowingly gave away her former apartment without any pressure. She considers Mamed Mamedov her son, and his children call her Grandma and spend a lot of time with her.

The NGO employees organized a telephone conversation between mother and daughter.

“Galina Meshkova doesn’t want to change anything [in her life]. She turned down her daughter’s suggestion that she move to Russia, because her age has limited her mobility,” Yenme said.

The NGO employees said Mrs Meshkova could not be described as a slave. She would not be able to live alone, and an old people’s home would not be the best option for her.

Turkmen.news comment: A happy end? Probably. Mrs Meshkova’s daughter Olga can rest easy: her mother is living in a family, not in slavery. True, they are not her own family but they have become like family to her, looking after her in her old age. But that’s life, whatever might lie behind it. One might say that the Mamedovs calculated on acquiring an old person’s apartment in the capital, but the calculation was mutual: Galina Meshkova gained as much from this deal—she has another home and another family. She is not on her own, and will have someone to lay her to rest. 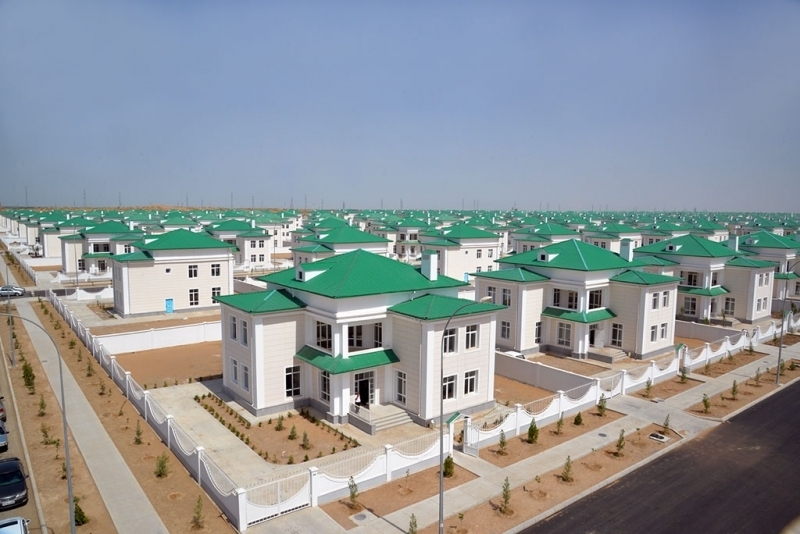 “There’s no one to bury me”. Is Old Lady Held as Slave in Ashgabat?

Pensions and Benefits Delayed as Cash Shortage Bites in Turkmenistan