Instances of strangers initiating conversations about Islam have been increasing in the Turkmen capital Ashgabat over recent months — a remarkable phenomenon in a country where public displays of faith are strictly monitored. The apparent missionaries operate in pairs, with men approaching men, and women approaching women, and work mainly in the yards of apartment blocks in densely populated residential areas.

One such pair approached a turkmen.news source. One of the men was fair (possibly Tatar), while the other was Turkmen, and both were around 60, the source said. They initiated conversation in Russian. The missionaries offer passers-by the opportunity to study “true” Islam according to the “most correct” books.

“I want to pass on the message of Allah: paradise will soon begin on earth. All will be well, all wars will end, all diseases will disappear,” the fair man opened the conversation, having made sure that his interlocutor understood Russian.

Asked by the surprised source how and when this would happen, the man said that it was a message of the Almighty.

“Allah cannot lie, isn’t that right?” he said, suggesting our source study “true” Islam with them in their apartment. “The lessons are from Allah himself.”

The source asked if this would cause him problems later, to which the second man replied, “You know, devils rule the world now, and these devils are trying to prevent the teaching of Allah himself, but who are they in comparison with Him?”

When the adherents of the so-called “correct” Islam realized that they would not be able to persuade our source, they wished him all the best and went on their way.

In early September turkmen.news received a similar report from another source in Ashgabat. In a courtyard in the capital’s sixth residential estate two women approached a young woman and asked in Turkmen if she believed in Allah. Further conversation was avoided when the frightened woman said, “I don’t know anything. My child is at home crying.”

In Turkmenistan the police and special services maintain strict oversight of any popular expression of religion. During Friday prayers police are on duty outside the mosques and do not allow believers to discuss the imam’s sermon or to talk about religion among themselves. In the past few years the police have assiduously followed young men with beards, forcing them to shave off their facial hair. Muslims who do not conceal their faith — for example, they read religious literature on the street or wear Muslim clothing — are regularly interrogated by police and accused of “Wahhabism”. The police often make those they suspect of excessive devotion drink alcohol and eat pork. If neither conversation nor threats help, they institute a criminal case against the believer. Most notorious of these is the case of Bahram Saparov’s group.

“They will never be freed.” New information about the imprisoned Muslims from Turkmenabat 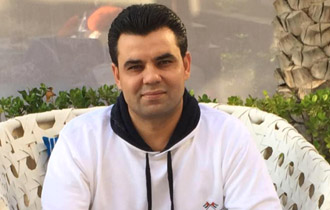