The elderly parents and other family members of human rights activist Mansur Mingelov are being evicted from their home, while their son lies gravely ill in a prison colony infirmary. The prisoner’s father has been served notice that for many years his family have been living in premises unfit for habitation. No alternative accommodation has been offered, however. This is the authorities’ response to the family’s attempts to gain appropriate treatment for Mansur Mingelov.

Mansur’s father, Usen Mingelov, received the notice a few days ago from the administration of the Turkmenistan farmers’ association in Garagum district, Mary region. The document, signed by the director of the association, V. Atajikov, says that the building occupied by the family and the plot of land they use are not registered at the farmers’ association and are unfit for habitation. Turkmen.news was informed about this by Mansur Mingelov’s aunt, Nurjan Suzer, who lives in the USA and is fighting to save her nephew’s life.

Mingelov was instructed to vacate both the house and the land, or he will be held responsible “in accordance with the legislation.” The notification gives no deadline for the family’s departure.

The Mingelovs have been living in a former school and using 800 square meters of neighboring land since 1994. Apartments in the abandoned building were allocated to several ethnic Balochi families. As a doctor who had come to work in the district, Usen Mingelov received the accommodation in 1991. At that time officials were encouraging doctors to come and work in the district, as child mortality was very high owing to a shortage of doctors. It took three years to fix up the dilapidated premises. The Mingelovs were not given any documentation for their accommodation. Usen Mingelov was told that if paperwork were needed, it would be provided right away.

It took 30 years for officials to realize that the decision to allocate the apartments was supposedly invalid. Initially, this applied only to the Mingelov family, and coincided with turkmen.news’ publication of its latest report about Mansur Mingelov on October 4. Turkmen.news is banned in Turkmenistan.

The report was no laughing matter. Turkmen.news had learnt that Mansur was in the infirmary at strict regime colony LB-K/11 in Lebap region with osteomyelitis, complicated by tuberculosis and toxicosis. To put it simply, the prisoner’s leg is rotting after it was broken at the time of his arrest in 2012. The infirmary does not have the necessary medication and his family is not allowed to provide it on the pretext of COVID-19 quarantine. Only a transfer to the relatively good MR-B/15 prison hospital in Mary region can save Mansur. Staff there have already saved his life once, in 2018.

Turkmen.news’ sources close to the law-enforcement agencies of Lebap region report that after the publication Mingelov’s transfer to MR-B/15 was considered. National Security Ministry employees from Ashgabat visited the prisoner and filmed him, but those responsible changed their minds. It looks as though they decided to put pressure on the family rather than transfer the prisoner.

Mansur is still in LB-K/11. He has lost a lot of weight and has difficulty walking, even with crutches. The prisoner’s aunt says that his family has already bought all the required medication and also some food and clothing. But they are not allowed to leave Mary region, supposedly because of the risk of epidemic. The people who used to hand over parcels are no longer allowed even to approach the gates of the prison colony. The authorities seem to be cruelly waiting for the “troublesome” prisoner to die.

While his son is dying in the prison colony, and his wife has a severe form of hepatitis, Usen Mingelov received notification to vacate his home in Garagum district. He went to talk to the local authorities and met V. Atajikov who had signed the notice. The director of the farmers’ association said he did not know the reasons for the eviction and was simply carrying out “an order from above.” Mingelov asked why all their neighbors were not being evicted from the “unfit” premises, but Atajikov could not answer the question.

A couple of days later though, the persecutors of the Mingelovs seem to have decided to correct this oversight. All the residents of the former school received notices to vacate their apartments.

Mansur Mingelov was sentenced to 22 years in a prison colony in 2012. It all began with his arrest that year in connection with a case of drug trafficking in which his brother was named. Mansur was badly beaten but was later released. The authorities thought he should have been glad not to have been convicted alongside his brother, but Mingelov sent material not only about his beating but also about other cases of torture of ethnic Balochis to the president of Turkmenistan, the prosecutor’s office, the US embassy in Ashgabat and the OSCE representative office.

Immediately afterwards, a case was fabricated against him. He was charged with drug trafficking, pornography and involving minors in anti-social activities. The case involved drug smuggling from Iran at a time when Mansur was actually in Thailand, material uploaded by investigators onto Mansur’s computer, and beer drinking with girls. Mingelov was given a very long sentence and has not been named in any of the sweeping amnesties of the past nine years. If medical help is not provided, his detention could soon turn into a death sentence. As though that were not enough, the prisoner’s family and their neighbors may soon end up on the streets. 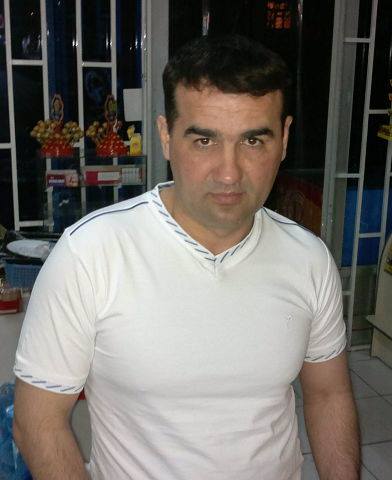