Forty-seven families in the Turkmen capital Ashgabat are about to be made homeless when the local authorities demolish their hostel in order to create a broad avenue. Almost all the hostel residents work for Turkmenistan Airlines as pilots, technical staff, flight attendants and security, but the company is providing no support.

“We need help, help of any kind, at least publicity for our plight,” the families say in a letter to turkmen.news. “Our situation is desperate.”

Ashgabat mayor Shamuhamet Durdylyev issued an instruction to clear the district including the hostel. The residents even saw the country’s president on TV instructing the mayor to rehouse the affected people in new apartment blocks in the MIR-7 district. But they did not realize that the instruction would not apply to residents of the hostel, who have to find their own accommodation.

In late December 2019 the Turkmenistan Airlines administration notified the residents of the family hostel at 263, Cosmonauts’ Boulevard (the former Lachin Hotel) that they would have to vacate their rooms. “That was our New Year present,” the residents wryly observe in their letter to turkmen.news.

Turkmenistan Airlines is threatening to sack anyone who refuses to leave the hostel “voluntarily,” but is not providing any alternative accommodation, the residents say.

“After New Year the Turkmenistan Airlines leadership stepped up the pressure,” the residents write in their letter. “They started to work individually on every resident of the hostel. They are called in one by one and put under considerable pressure. We have all had to give a written undertaking to leave our rooms. But we gave the undertaking under threat of the sack. Where can we go in winter? We wouldn’t be living in the hostel if we had somewhere else to go… We’ve all got two or three children.”

On the instructions of the city mayor’s office, electricity, water and heating have been cut off from the hostel. “It’s like going back to the 18th century,” say the residents. “We sit in candle light and eat food that doesn’t require cooking.”

The residents have tried complaining to all the relevant authorities, but this has only increased the pressure on them. They say they’re even afraid to gather in the corridor and discuss their problems, as the management soon gets to hear about it. “They demand we write resignation letters, threatening to sack us on such severe grounds that we will never find work again.”

“Unlike some, we cannot pay 10-15,000 dollars in bribes to get an apartment,” the residents write. “We’re ready to pay in installments for an apartment, if anyone would provide one. But it’s easier for the Turkmenistan Airlines management and the city mayor’s office to get us to leave our rooms ourselves. They won’t do anything if there’s nothing in it for them personally. Money is like oxygen for them.”

The residents say their plight is desperate and conclude their letter with a plea for help. “We won’t be able to hold out much longer without electricity and water. Many of us are already looking for an apartment or at least a room to rent. But this will only be a temporary solution. We really need help. Please publicize our situation. Perhaps after that our authorities will come to their senses.”

Sacked After Ten Years at the Top – What Brought Down Turkmenistan’s Interior Minister? 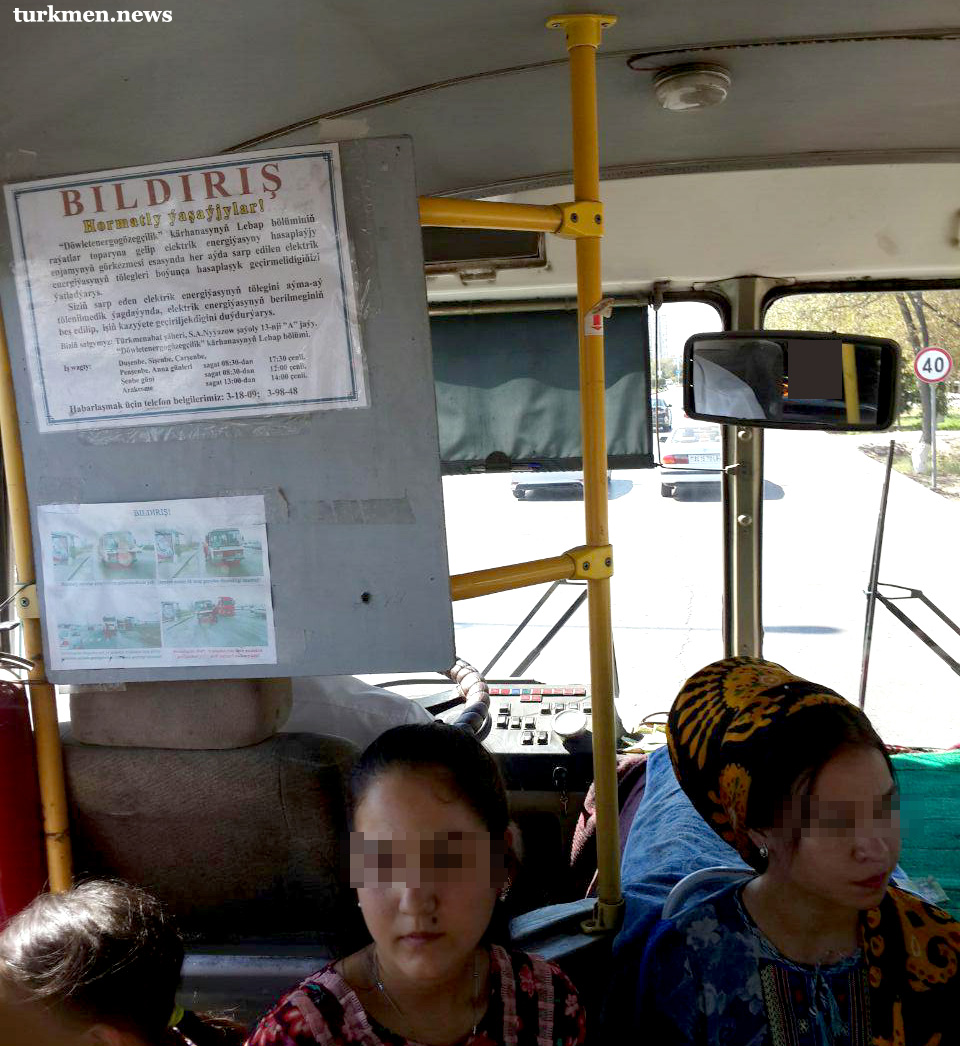 Pay for Electricity on Time or Face Court, Public Warned in East Turkmenistan