In January 2019 the president of Turkmenistan announced the start of construction of an expressway from Ashgabat to Turkmenabat. Gurbanguly Berdimuhamedov allocated $2.3bn to the project from the state budget, despite the deep economic crisis gripping the country since 2015.

The specifications for the future highway, which for some reason has been given the German moniker autobahn, are impressive.

It will be an eight-lane expressway, 34.5 meters wide and 600 kilometers long, designed to international standards.

It will have seven interchanges, toll booths, dozens of bridges and underpasses, technical centers with video monitoring systems, traffic police posts, rest areas, and technical service stations for vehicles. There will be shops, hotels and cafes, car parks, and gas stations at regular intervals. There will be emergency communication points, while drivers will be able to receive weather reports in real time. In order to maintain the expressway, a system will be in place to monitor commercial vehicles using height gauges, automatic axel load meters and other ingenious technical devices.

A closed joint-stock company Turkmen Autobahn has been set up especially for the project. The company is both the commissioner of the project and its general contractor. The co-founders of Turkmen Autobahn are four local private firms: Altyn Nesil, Oguz Yol, Hyzmat Merkezi and Nusay Yollary. It is these firms that will act as construction subcontractors, pocketing the state’s billions over five years.

What is known about these firms?

Studying the profiles of these companies reveals no clues as to why they were chosen to construct this hugely important and expensive state project. Building a highway is a serious business. It’s a complex piece of engineering which requires a highly skilled approach, but not one of the contracting firms has specialists with the necessary qualifications and construction experience. They are nowhere to be found after all—to date foreign specialists have built the good roads in Turkmenistan, using local personnel only for basic laboring, while construction divisions of the Turkmen Roads state concern, led by in-house project engineers, have built the bad roads.

There are, however, road-building specialists of a sort in Turkmenistan. The state concern Turkmen Roads, which was abolished in January 2019, hasn’t disappeared; it’s been attached together with all its staff to the Turkmen Ministry of Construction and Architecture as the Department for Construction and Use of Roads. Why not entrust construction of the autobahn to them? Especially since it has emerged that Turkmen Autobahn has already signed a contract with an Austrian engineering firm, which will act as consultants and provide expert reviews of construction of the highway itself, and its accompanying infrastructure. The government could have hired the Austrians directly, without resorting to private intermediaries, and used its state concerns to build the road, instead of leaving them without work.

There was no tender for construction of the highway, so the contractors were chosen without competition, at least without public competition. Therefore, the theory that the proposal was so advantageous that the government decided to close its eyes to everything else is not convincing either. Especially since the contract cost of $2.3bn for 600 km is no giveaway. This is the cost of building the new Moscow-St Petersburg highway in Russia, which is both longer and wider, and covers more difficult terrain, requiring far more complex, expensive infrastructure.

This leaves the theory that the crucial role was played by the human factor. This is how most issues are traditionally resolved in Turkmenistan, especially those connected with huge sums of state money. In dishing out state business the leadership of Turkmenistan rarely acts on principles of economic viability; ensuring its personal financial interest comes first. This requires personal contact with the president and his trust and favor, and they don’t let just anybody have access to him.

Who owns the firms then which have received a construction contract unprecedented by Turkmen standards?

The names of the companies’ figureheads will probably mean nothing to the general public. It is far more enlightening to find out the real beneficiaries.

For example, one co-founder of Altyn Nesil is Kakajan Tashliev, a former minister of construction in Saparmurat Niyazov’s government in the mid-90s, and former head of Ashgabat and Ahal region. In 2001-2002 Tashliev was disgraced and kicked out of state service, avoiding prison by a miracle. Later he managed to resolve his difficulties, and Saparmurat Niyazov’s sudden death allowed Tashliev to return to the bosom of the president’s favorites thanks to his long-standing association with Gurbanguly Berdimuhamedov. Altyn Nesyl’s director is his son, Shamuhammet Tashliev, while Kakajan Tashliev is the chief engineer.

But most interesting of all are the people behind Nusay Yollary. It’s the best known of all the firms involved in Turkmen Autobahn and, surprisingly, the most transparent, as far as that’s possible in modern-day Turkmenistan.

Nusay Yollary’s officially declared average annual return is almost $31 million, while its area of activity stretches from industrial construction and trade in foodstuffs, to imports of raw materials for the food-processing industry, and the production of mixed feed for farm animals.

Nusay Yollary enjoys frequent mentions in the official news and the recognized status of the largest—in all senses—local construction company, thanks to billion-manat contracts and the special attention paid to these projects by President Berdimuhamedov personally. The projects include residential and administrative buildings in Ashgabat, amongst them the Gurtly estate, which consists of 62 four-storey apartment blocks, construction of a 200-bed infectious diseases hospital in Goktepe district, and a health center with the same capacity in Ak Bugday district, Ahal region, and the sugar refinery in Balkan region, which is strategically important for the country. At the same time, the company doesn’t directly build anything itself but uses the services of subcontractors. That’s what it’s called in the newspapers—“an engineering design firm.”

Who owns this genuinely successful giant with the widest sphere of activity in the country? When Gurbanguly Berdimuhamedov gave out medals in October 2016 to celebrate the “25th anniversary of Turkmenistan’s Independence”, one of the recipients was a “coordinator” of Nusay Yollary, Annanazar Rejepov. This holder of a modest (and at the same time opaque) position is the husband of the eldest of Gurbanguly Berdimuhamedov’s sisters, Durdynabat Rejepova.

It’s long been common knowledge in Turkmenistan that relatives of the president control Hyzmatdashlar’s holding company. You have only to look at the exceptional position of the companies within the holding company and the excessively sympathetic attitude towards them from state bodies, which are capable of turning any private business into a nightmare, to understand that these are not ordinary businessmen but chosen ones.

The general director of Hyzmatdashlar is Hudayberdy Hangeldiev, 43, a native of Ashgabat and graduate of the Turkmen national economy institute, but he does not have the final say in the company. A far more flamboyant character is looking over Hangeldiev’s shoulder—President Berdimuhamedov’s nephew Hajimurad Rejepov (pictured), better known by the nickname Haji, son of the already name-checked Annanazar Rejepov.

As well as Hyzmatdashlar, Haji and Hudayberdy Hangeldiev are joint owners of a Turkish firm, Hilli İnşaat Dış Ticaret Limited Şirketi, registered in Istanbul in 2015.

In addition, according to data from Companies House, Great Britain’s registrar of companies, Hajimurad Rejepov is the owner of the local firm Greatcom Trade LLP, which until recently was mentioned on Hyzmatdashlar’s website as one of its permanent partners.

Turkmen.news reminds that 35% of shares in Hyzmatdashlar belong to none other than Nusay Yollary, cofounder of the Turkmen Autobahn company.

Combatting Corruption or Conflict of Interests

So, Turkmen President Gurbanguly Berdimuhamedov has a brother-in-law— his sister Durdynabat’s (pictured) husband Annanazar Rejepov, who together with his son Hajimurat controls the holding company of privileged companies that own the best administrative, commercial, and manufacturing space across the country, and regularly receive advantageous state contracts, including the one to build the Ashgabat-Turkmenabat highway for $2.3bn.

The Rejepovs’ single ownership company Nusay Yollary is one of the co-founders of Turkmen Autobahn and in this capacity is both commissioner and general contractor.

In addition, Nusay Yollary is also one of the subcontractors, directly carrying out construction work. In this way, the Rejepovs will capitalize three times on construction of the Ashgabat-Turkmenabat Autobahn: as commissioners, general contractors and, subcontractors.

Moreover, the official ceremony to mark the start of construction of the autobahn, held on January 24, 2019, was conducted by the then deputy governor and now governor of Ahal region, Serdar Berdimuhamedov, son of President Gurbanguly Berdimuhamedov. He laid a symbolic foundation of the highway before the press and TV cameras and made a speech to the assembled company, noting the state’s huge trust and great support for the private sector, which is supposedly developing full throttle in Turkmenistan. Whereas in fact, we have a brazen, corrupt system of dishing out state money to members of the president’s family.

In legal language this situation is dubbed a conflict of interests.

There can be no doubt about the personal interest of President Berdimuhamedov in this case. He can talk about combatting corruption and throwing his subordinates in jail as much as he likes. There can be no talk of any real anti-corruption drive in Turkmenistan as long as the president himself, in crisis conditions, without batting an eyelid or showing the slightest embarrassment, and beyond any control whatsoever, puts at the full disposal of his relatives a sum more or less equivalent to the annual budget of Tajikistan (and all for just one construction project).

All countries, international financial institutions, and other investors and creditors who allocate money to the government of Turkmenistan for various purposes should take note of this. Taking account of the above, any projects for foreign money in Turkmenistan are highly likely to enrich the family of Gurbanguly Berdimuhamedov. 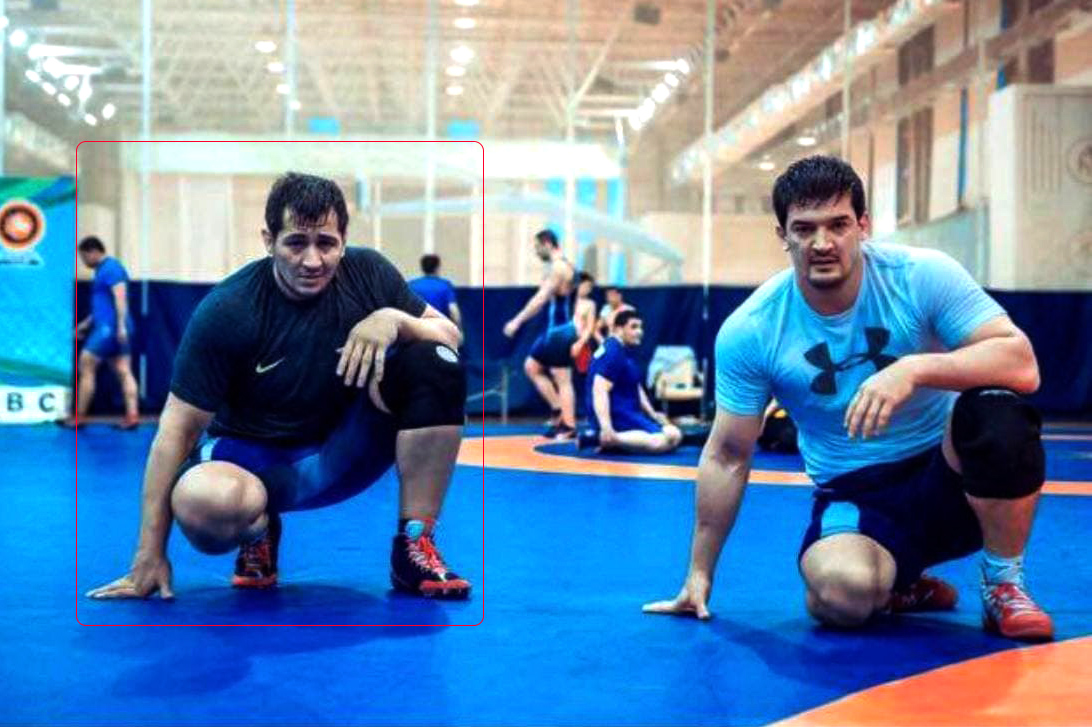