“There’s no one to bury me”. Is Old Lady Held as Slave in Ashgabat?

In July 2018 turkmen.news reported the story of Ashgabat pensioner Galina Meshkova, a retired teacher who lived alone in her unprivatized apartment in Ashgabat. The elderly lady was on her own, as her relatives had moved to Russia and her daughter, Olga Veriyalova, had gone to her husband’s home country, Afghanistan. In a telephone conversation with her mother in 2013 Olga found out that she had taken in lodgers – a family with children, and on the eve of New Year 2014 contact broke off altogether. Trying to find out what had happened to her mother, Olga got in touch with her former pupils and asked them to help. At first people agreed and even went to their old address, but straight after this they clammed up, didn’t answer Olga’s messages and stopped contact with her altogether.

According to the scraps of information Olga had managed to discover, the once municipal apartment №10 at 10A Ostrovsky Street had become the property of Galina Meshkova’s former lodger, Mamed Mamedov. No one knows how this was done without the apartment being privatized first, but after the change in ownership Galina Meshkova was taken away – “somewhere to Choganly” [a private settlement north of Ashgabat], Olga Veriyalova’s acquaintances said. This is where all trace was lost of Galina Meshkova.

All year turkmen.news tried from time to time to find a lead on Galina Meshkova’s whereabouts. She wasn’t just an ordinary citizen, she was quite a well known English teacher in Ashgabat and had worked for many years at residential school №1. Her knowledge of English was excellent and she translated the English classics. Her knowledge of other subjects was broad too and included math. Many young people in Ashgabat went to Galina Meshkova for help and she brought them up to standard or prepared them for their university entrance exams. Unfortunately, no one could shed light on the former teacher’s whereabouts or even confirm that she is still alive.

But Olga Veriyalova has just got in touch with turkmen.news again, writing, “I’ve found Mum! I’m in shock and don’t know what to do. She’s a slave.”

Olga had managed to find out the phone number of the new owner of her mother’s apartment, the same Mamed Mamedov. She kept ringing but no one answered during the day. At last one evening one of the children picked up the phone (people who know the Mamedov family say they have three children). Olga asked the child to call Galina Meshkova. She could hear the child call, “Grandma, it’s for you.”

“When Mama heard my voice, she was very scared and began to whisper, ‘Olga, my dear, where are you? I’ve got so much to tell you.'”

Then, Olga says, her mother made an abrupt change in tone and began to berate her. Asked by Olga to call a mutual acquaintance, her mother replied coldly that she didn’t know any Asya, though Olga had said a completely different name. The conversation was broken off mid-sentence. Olga thought she might have run out of money on the telephone, but she hadn’t. Someone must have taken the receiver from the old lady and cut off the call.

Even though she managed to talk to the lady for just a couple of minutes, Olga is sure that it was her mother. At least she is alive. Through her sources she managed to find out that Galina Meshkova is in the Ashgabat suburb of Choganly where the so-called “New Turkmen” live in newly built detached houses. Galina, who will be 80 next year, works as a governess for the Mamedovs’ own children and the nephews of Mamed’s wife Gulnara. She is completely cut off from the outside world and does not leave the house.

“You know, you don’t have to carry bricks to be a slave. There’s intellectual work which is paid for with a bowl of soup,” Olga Veriyalova says. “Mum has excellent English and Russian: she can outdo anyone in composition. And she knows math too.”

Through personal channels turkmen.news has confirmed the identity of the new owner of the apartment. He is Mamed Husainovich Mamedov. We have his passport number with his registered address and telephone number. On the evening of June 10 we called him on that number.

First of all, Mamed Mamedov said that Galina Meshkova was “fine” and “alive and well.” Asked to put her on the line, he agreed, but we couldn’t have a conversation with the old lady: she supposedly couldn’t hear anything and her voice sounded odd somehow. Asked how things were (Mamed Mamedov was listening to the conversation and repeated the question to the old lady), Galina Meshkova wanted to know who was calling her.

The conversation continued with Mamed Mamedov. We have published the dialogue in full below:

— You were her lodgers?

— We weren’t lodgers. We were… Anyway, who are you?

—I’m journalist and human rights defender Ruslan Myatiev. Editor of the turkmen.news [we had introduced ourselves at the beginning of the conversation, but for some reason Mamed Mamedov asked the question again].

— How did you get this number anyway?

— Sources gave us your number, so we rang it.

— We’d like to know how Galina Meshkova’s unprivatized apartment was privatized and how you became its owner.

— I can’t tell you that; one, I don’t talk about such things over the telephone, and, two, if you want to see her, then come and see her.

— What’s her status living with you? What does she do?

— What business is it of yours?

— You see, there’s a suspicion that she’s living with you practically as a slave.

— That’s a downright lie. Aunty Gala [addressing her], do you live here as a slave?

[The pensioner’s voice can be heard in the background: “I’ve a good life.”]

Galina Meshkova took the receiver again, but said nothing apart from a monotone “Hello, hello”, although we asked her questions. It’s worth noting that she had no problem hearing Mamed Mamedov and never asked him to repeat anything.

“Who are you and what do you want?” Galina Meshkova eventually asked.

Told that we were calling on her daughter Olga’s behalf and at her request, Galina Meshkova replied: “It’s no good talking on the phone. We need to talk in person, face to face. Come here and talk to me.”

Asked about her health, Galina Meshkova said, “I’m not long for this world. I’m already close to death. There’s no one to bury me. My health… How can I be in good health?” And she started to cough badly.

Mamed Mamedov took the receiver again. Did you hear that, he said. Asked what was wrong with her, he replied: “What do you think? She’s 80.”

Mamed Mamedov’s wife Gulnara put an end to the conversation. She took the phone off her husband and started to shout: Come and see, take her away if you want. Asked where exactly we should come, she put down the phone, but Gulnara probably heard the question. None of turkmen.news’ subsequent calls have been answered.

We have given Galina Meshkova’s daughter a recording of the eight-minute conversation. She said that when she managed to talk to her a week ago, her mother had heard her without any problems and answered her questions properly, though she had had a bad cough. Olga Veriyalova is afraid that her mother is seriously ill and not receiving treatment.

Turkmen.news note: We cannot confirm that pensioner Galina Meshkova is living with the Mamedov family as a slave. We think that she is not free to go out and to meet people as she wishes. We are sure that she needs urgent medical attention and does not seem to be receiving it. Moreover, the old lady’s daughter and turkmen.news had the impression that Galina Meshkova wanted to say something but couldn’t, because her “masters” were present in the room.

Olga Veriyalova cannot return to Turkmenistan, so we hereby ask the Turkmenistan Interior Ministry to consider this report an official complaint and to make enquiries to find out the following:

The answers to these questions can be given directly to Galina Meshkova’s daughter Olga on +93 786 085 625. We hope for a prompt response from the relevant agencies in Turkmenistan, since an old woman’s health and quite possibly her freedom are at stake. 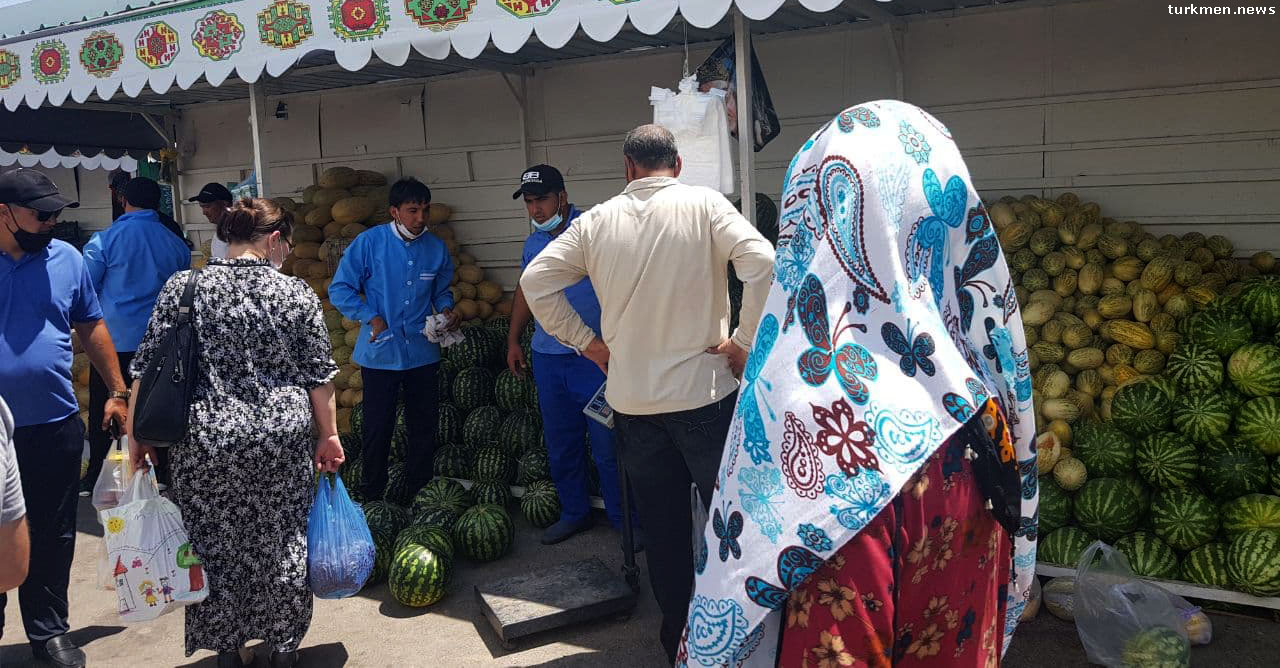