No End in Sight to Persecution of Turkmen Pensioner

The police and special services in Balkan region are continuing to put pressure on civil activist and pensioner, Hekim Hajiev, and his family. Over the past year this elderly man and his nearly paralyzed wife were taken to the police station several times, where they were both threatened with prison terms and his wife was forced to write a petition against her husband.

Sources say that the police officers shouted so loudly at Hajiev’s wife that they could be heard in other offices of the department. They demanded that she herself give up her husband to the police by writing a petition against him. They threatened that otherwise they would “stitch up” the case themselves; they would find witnesses and throw this undesirable person in jail, declaring him a conspirator against the state or a trafficker in banned substances.

Many people in the police department heard the two lieutenants tell the woman outright that they had an order to “shut up” her husband, to do anything to ensure that he “can never disgrace the country and president before the whole world” again.

The abuse—there’s no other word for it—went on until the woman fainted.

Only then did police lieutenants Hovezov and Garaev realize they had taken their threats too far. They tried to bring her round so they could bundle her into a car and send her home “as though nothing had happened.”

“This is what life is like for the family of an ordinary person who has dared to ‘wash dirty linen in public’ and tell the whole world the truth,” sources said. “Wherever Hajiev goes, he is always followed by a minder and is under surveillance round the clock.”

Hekim Hajiev is a former mechanic in the maintenance department of the Turkmen Oil state concern. He is being persecuted for his frequent complaints to the law-enforcement agencies and Turkmen Oil management about the theft of state property from his enterprise and the code of silence created there. In his reports he also described in detail incidents of corruption, forgery of financial documents, substitution with poorer quality materials, and the arbitrary behavior and physical violence of bosses towards their subordinates. In 2016, not having received an appropriate reaction to his telegrams and letters, the activist publicly addressed the president of Turkmenistan and international human rights organizations. After this, the old man’s life became a living hell.

The police and special services are also working on the pensioner’s former colleagues and his neighbors in order to identify Hekim Hajiev’s close circle of contacts, find out his family secrets, and his Internet habits, and whether he sends “negative” information abroad, and if so under what pseudonym it is published.

“They spread rumors amongst the neighbors that Hajiev’s son was supposedly put in prison for dealing in heroin, but anyone who knows this upstanding, religious family does not believe the filthy rumors,” one of the neighbors said. Hekim Hajiev’s son is an honest worker in a foreign firm and lives with his parents.

One of the rumormongers is named as Gurbanguly Onzhaev, a former colleague of Hekim Hajiev’s and sidekick to the chief engineer at the maintenance department, Abdulla Amandurdyev.

In November 2018 Hajiev was returning home from the pharmacy in the city’s 209th neighborhood when a car suddenly blocked his way. Four police officers in plain clothes started to question him roughly: where have you been, what were you doing there? They searched his pockets and found the medicine he’d just bought. “Stay at home; you’re often hanging around town, gathering information I expect,” one of them spat in farewell and they let the pensioner go.

“There is no peace for Hajiev’s family; they live in constant fear that they will come for one of them and take them away. Moreover, his wife, son, daughter-in-law, and even his two schoolboy grandsons are in a permanent state of anxiety whenever Hajiev leaves the house. Even a simple trip to the pharmacy for medicine turns into a nerve-shredding experience and an anxious wait for him to return home safe and sound,” a letter to Turkmen.news says.

Hekim Hajiev’s former colleague at the maintenance department is convinced that his former boss at the department, Azat Gajarov, is behind the police’s arbitrary treatment of Hajiev and members of his family. Gajarov has his patrons in the interior ministry bodies, prosecutor’s office, and other official agencies in Balkanabat and the whole Balkan region.

The head of the maintenance department pays to ensure this patronage. But how does Azat Gajarov have enough money for all his patrons in uniform?

“There are 14 different workshops in Turkmen Oil’s Balkanabat maintenance department. It is established practice that every workshop boss should pay the head of the maintenance department 300 manats a month as a levy. That makes 4,200 manats a month. In addition, team leaders also pay a levy. This money is made from ‘dead souls’ kept on the payroll, requisitions from the workers, and fraud. For example, if someone has to attend to personal business, they have only to give the boss of the team or workshop 25-30 manats and they’re free, while an ‘eight’ will be entered on the timesheet, meaning that the worker has worked the full shift. In this way some people don’t turn up for work for months, except on payday. In recent months 20% of office staff and 40% of workers at the maintenance department have been absent from work, but their hours have been accredited to them, and they have received their wages. This is the code of silence and malpractice in the maintenance department itself that allows Azat Gajarov to provide financial sweeteners to his patrons in the law-enforcement and security agencies,” the source wrote.

“No one in this country will stand up to defend this man, so we ask turkmen.news to bring the persecution of Hekim Hajiev to the attention of the UN, OSCE, the new European Union office in Ashgabat, and international human rights organizations. Hands off Hekim Hajiev’s family!” the letter to turkmen.news says. 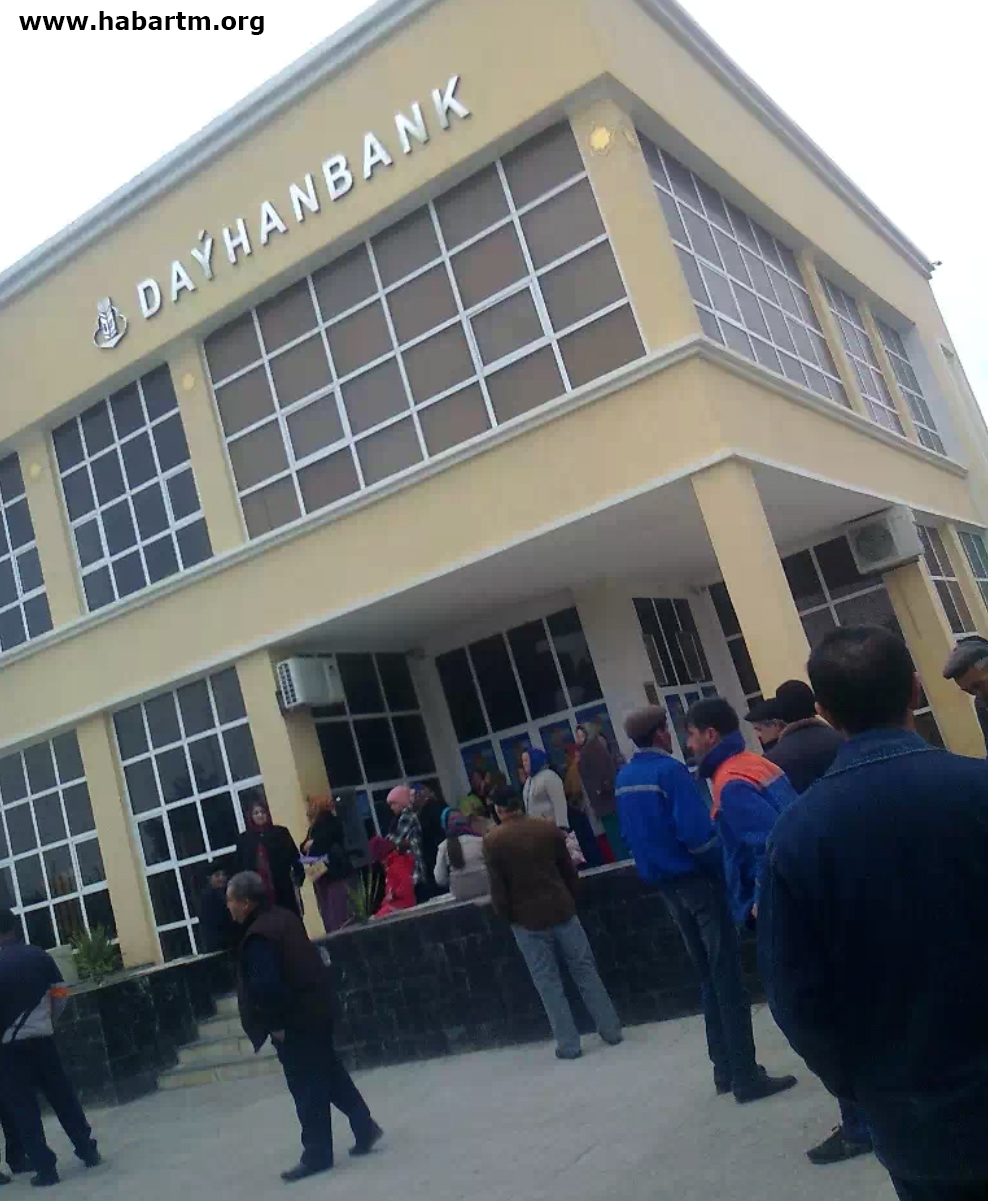 Thousands of Turkmens Strive to Board a Ferry to Azerbaijan