Turkmenistan: Arbitrary Detention of Sick Woman and Her Husband on Human Rights Day

On International Human Rights Day, December 10, special services in the city of Mary went to Irina Misnik’s apartment and took her away to the city police station. Just a month ago, Misnik, 48, had surgery on a complex leg fracture. She was taken from her home in an ambulance, which the law enforcement had called specially for this purpose.

Before this, on December 8, Irina Misnik’s husband Muhamed Shamsetdinov was arrested at his place of work. He was held for over 24 hours at the police station and may have been tortured. The exact reasons for the arrest are still not known. On December 9, he was allowed to go home and the next day they came for his wife. Irina’s son Viktor Misnik, who is living in Russia at the moment, cannot get through to his mother or his stepfather by phone. Their telephones have been confiscated and are either switched off or left unanswered.

On December 9, when his mother was still at home, her son managed to find out that the case concerns some money transfers.

“In September there was a fire in my home here in Russia. Mum offered to help me at that time and was going to send a small sum. Before then, I had been helping her as far as I could,” Viktor said.

Viktor does not know the details of the suspicions against his mother and stepfather. When her son objected that they couldn’t arrest someone just for that, his mother replied, “There’s something else going on.”

Irina Misnik has self-respect and would never ignore injustice. The last time something similar happened was at the start of November when she ended up in hospital. Irina broke her leg in several places and dislocated her foot in an awkward fall at work. She was taken to hospital and needed a complex operation to insert metal plates and pins. Irina almost died after the operation, her son said – she was left alone in the ICU with a tube in her mouth. Saliva started to build up and cut off her oxygen supply, so she was suffocating. Irina couldn’t help herself since her hands were tied to the bed (!), nor could she call anyone for help. Luckily a doctor came into the ward and helped her. Throughout her stay in hospital Irina encountered unprofessional behavior, negligence, blatant rudeness and indifference on the part of the medical personnel, from the orderlies and nurses right through to the doctors.

No one knows what is happening to Irina Misnik at present. Her leg is in plaster and she can only move with assistance. The doctors prescribed strict bed rest. In the second half of the day on December 10, they called Irina’s husband from the police station and told him to come to the department, supposedly to pick up his wife. Muhamed Shamsetdinov left right away but he soon returned without his wife and with a police escort. He took a copy of his passport from home. This was more than 10 hours ago. Irina’s telephone remains switched off, while her husband is not answering calls.

From the information we have it looks as though the special services are fabricating a criminal case against the couple. They might be accused of fraud. Absolutely everyone who appears in the contacts list on the couple’s telephones has been called to the police station for questioning.

Pressure has increased recently on people in Turkmenistan who voice their dissatisfaction at the shortage of produce, lines in shops, or lack of money in ATMs. The authorities are especially heavy handed with people who film the lines on their phones or, worse still, express their opinion on the Internet. People like Irina Misnik are labeled “traitor to the Motherland.” Those close to the person come in for the same treatment. People are threatened, lose their jobs, and find themselves totally isolated. This is in the best case scenario; in the worst a criminal case is cooked up against them and they are given a prison term.

Irina’s son Viktor has already asked the Russian embassy in Turkmenistan for help and has also been in contact with Russian Foreign Ministry’s third department for the CIS countries. Turkmen.news is reporting on the situation of Irina Misnik and Muhamed Shamsetdinov to international human rights organizations, the U.S. government, and European Union. This really is outrageous and arbitrary treatment of a sick woman and her husband.

Update: Irina Misnik’s son Viktor managed to get through by telephone to the city police department in Mary and the department of national security. In both places he was told that his mother and stepfather are neither currently held in either of the departments, nor that they had been there during the day. 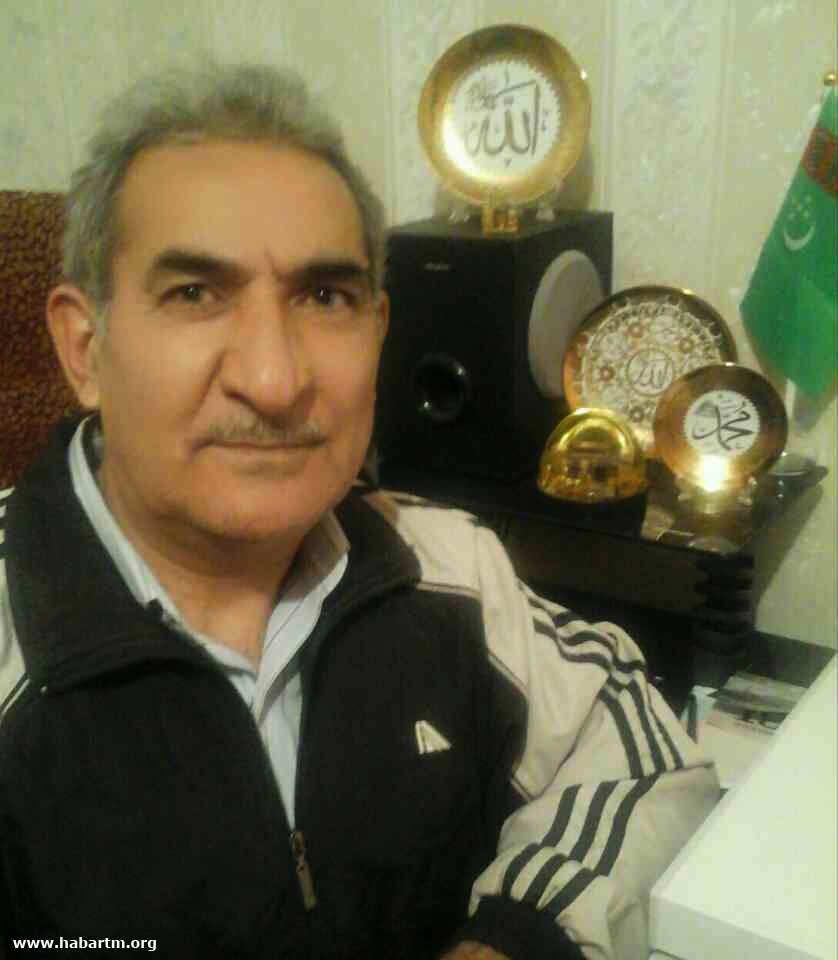 No End in Sight to Persecution of Turkmen Pensioner