Increasing numbers of deaths from pneumonia are being reported across Turkmenistan, as hospitals struggle to cope. In the past 24 hours, 200 patients were admitted to the cardiology center (popularly known as the Red Cross hospital) in Ashgabat, which has been adapted to take pneumonia cases. The capital’s Niyazov hospital has also been repurposed to take COVID-19 patients, although the Turkmen government is continuing to deny the presence of coronavirus in the country.

A WHO mission spent 10 days studying the coronavirus situation in Turkmenistan, saying at the end of the visit on July 6 that “Turkmenistan remains the only country in the WHO’s European region where no cases of diseases evolved from COVID-19 have been registered.”

The same day, however, the Health Ministry announced an increased presence of dust in the air, which could spread fatal viruses. Throughout July the Turkmen people have been receiving SMS-messages on the need to use protection, wash their hands, and maintain a two-meter distance from others.

Turkmen.news recently discovered that the authorities in the eastern city of Turkmenabat went to extraordinary lengths to hide COVID cases from the WHO mission.

It is after this that cases of coronavirus infections shot up in Turkmenabat and Lebap region as a whole, observers said.

“Children with other infectious diseases were moved to a quarantine zone where they could have been infected,” a source said. “The ambulance paramedics were not wearing special clothing when they moved the seriously ill pneumonia patients and they too became carriers of the virus. After all those trips, no one tested them for COVID.”

According to the source, when the WHO mission had left, all the patients – children and adults – were taken back to their original hospitals.

On July 23, reports from Turkmenabat said that kindergarten No. 19 in Neftyanik district had been closed for quarantine until August 31. This is the first time that a pre-school establishment has been shut down for quarantine.

Information about an increasing mortality rate is also coming in from the northern Dashoguz region. In the past two weeks more than 50 bodies have been buried in the town cemetery. Contrary to tradition, all the bodies were wrapped in cellophane sacks, which implies that in all cases coronavirus was the cause of death.

“Six or seven patients are in intensive care wards designed for three people in the infectious diseases hospital in Dashoguz. People are dying every day,” a source in the region told turkmen.news on July 27. “A four-year-old girl with a high temperature was brought from one district to the city, and two days later the girl’s body was given to her parents.”

Ventilators are in such short supply in the infectious diseases hospital in the Ashgabat suburb of Choganly that a bidding war is under way for access to them.

Relatives of pneumonia patients at the hospital are charged 1,400 manats ($56) a day for their loved one to be put on a ventilator.

“In mid-June when all the wards in Choganly hospital were already packed, and there were not enough doctors and medical personnel to go round, the relatives of wealthier patients began giving doctors whatever they asked to provide their loved ones with the necessary medicines and resources, and they paid the nurses too to take special care of them,” a source who was discharged from the hospital at the end of June told turkmen.news.

A month ago the rate for connection to a ventilator for one day was 1,000 manats ($40) but now doctors are taking 1,400 manats, which is more than the average monthly wage. Moreover, relatives have to pay in advance for the patient to spend 10 days on the ventilator, as though that were standard procedure. So, life-saving oxygen costs 14,000 manats ($560) in total.

“There are no checks, no one is supervised,” the source said. “Agencies such as the prosecutor’s office, the police, and National Security Ministry are not interested in inspections, as everyone is worried about their own and their family’s health. They are first in line to buy medical services from the doctors.”

Sources say that ambulances often have empty oxygen cylinders or no cylinders at all when they respond to call-outs to help patients with breathing difficulties.

There is a growing shortage of doctors and other medical personnel to cope with the wave of patients. Many doctors are resigning or taking vacation, as they do not have personal protective equipment at work. Without it, they risk infecting their families.

On July 24, Radio Azatlyk reported on a funeral boom in Ashgabat, publishing several cemetery photos where dozens of new graves without any identifying markers can be seen.

In the week up to July 22, 83 people in the western city of Balkanabat died of pneumonia, diabetes and other conditions exacerbated by coronavirus infection, a source told turkmen.news, quoting two employees in the city health system. Not one death certificate mentioned COVID-19 as the cause of the fatal illness, the medics said.

Balkanabat doctors say that they have been instructed from Ashgabat not to refer to “coronavirus” anywhere. All medical personnel working with COVID patients have signed a non-disclosure document. This is why it is so hard to get information about the real number of patients and deaths related to the virus.

A clear sign that someone has died is the presence of a white marquee erected outside a house or apartment block. Mourners gather in the marquee to hear a mullah read from the Koran and to eat a funeral meal. The increased number of marquees is a sign of the increase in death rates. Representatives of the local authorities in Balkanabat are touring the residential areas, telling people to take down the tents after three days of mourning, instead of leaving them up for the customary seven days. They even acknowledge that the marquees show the increasing number of fatalities.

The Malaysian oil and gas company Petronas has closed its head office in Ashgabat for quarantine, as more than 10 staff members tested positive for COVID-19. Another six Petronas employees at its base in Kiyanly on the Caspian coast have tested positive for the virus and the base is now locked down with no arrivals or departures permitted.

Petronas is paying for tests for its employees. Each test costs $120.

The China National Petroleum Corporation (CNPC) has closed its Ashgabat office for quarantine and locked down its plant in Lebap region. Workers cannot leave the territory until September, and accommodation on site is being arranged for them, according to the turkmen.news source. Office staff have been sent home on unpaid leave.

Turkmen.news is collating reports about untimely deaths from coronavirus and associated illnesses. We carefully verify all the information that comes in, so there is no doubt about the reliability of our reports.

On July 7, Turkmenistan parliament deputy Pirnazar Hudaynazarov passed away. He had at different times chaired the committees for legislation and legal norms and for the protection of human rights and freedoms. According to the official death certificate, the politician died after surgery for peritonitis. He was 61.

Turkmen.news heard that Pirnazar Hudaynazarov had complained of a general malaise and loss of appetite. His family thought he had food poisoning and treated him at home. A few days later he was taken to hospital where his condition deteriorated badly. Pirnazar Hudaynazarov was diagnosed with peritonitis and had an operation, but his condition did not improve. He lost a lot of weight in a few days, and numerous injections failed to help. Hudaynazarov died two weeks ago. Memorial gatherings will be held on August 5 and 15 in his native Babadayhan district in Ahal region, marking one month and 40 days since his death respectively.

Pirnazar Hudaynazarov spoke several times at the UN in Geneva, reporting on Turkmenistan’s observance of international conventions. The photograph above was taken at the 59th session of the UN Committee Against Torture.

The head of Farap district in Lebap region, Hasan Metkuliev, died of pneumonia on July 18. He would have turned 55 in September.

Independent media reported that Metkuliev was sick and receiving treatment in the infectious diseases unit at Turkmenabat hospital. There were reports that he might have died, but in the evening of July 14 turkmen.news managed to get through to Hasan Metkuliev on the number given in cell operator Altyn Asyr’s database. The official himself answered the call and said that he was “fine.” Asked whether it was true that he had symptoms of coronavirus, he replied in the negative.

On July 20, another source reported the death of the district head, saying he had been buried the same day near the village of Danew. The source said that the body had been given to relatives in a hermetic plastic sack. Close relatives of Hasan Metkuliev have since confirmed his death. The doctors have not yet issued a death certificate. Metkuliev ran Farap district for 10 years.

These two deaths bring to three the number of senior figures known to have lost their lives to the disease. On July 8, Yagshigeldi Kakaev (pictured), the Turkmen president’s oil and gas advisor, died of pneumonia in Ashgabat.

On July 20, Tamara Hydyrkulieva, a family doctor at polyclinic No. 8, died in the Railway hospital in Ashgabat. Treating adults and children was her vocation so Hydyrkulieva had not retired, even though she was 65. The doctor was well known in the 10th residential district, where the polyclinic is located, and also in the neighboring 11th district where she lived.

In mid-July Vachik (Vacho) Butunts, a retired cobbler, passed away in the southeastern city of Mary. Sources say that his son Oleg, a well known master of ceremonies in the town, is in hospital suffering from pneumonia.

On July 22, Sergey Kahimov, 51, died in hospital in Mary. The same day his body was taken by ambulance to the cemetery and buried. Only a few close people were present at the funeral. Kahimov leaves a wife and two children. It would be no exaggeration to say that practically the whole town knew Sergey. He worked as a driver for the special children’s home and in his spare time made extra cash by driving his minibus on the city bus routes. He had no history of health problems and did not drink or smoke.

“Sergey was a large person and his heart was just as big,” a source who knew the deceased personally wrote to turkmen.news. “He was always ready to help, was an excellent family man, and well respected.”

On July 24, Muhammetgeldi Keshikov, 70, died in Ashgabat from complications caused by coronavirus. He had been awarded the title honoured trainer of Turkmenistan and at different times had led the Ashgabat sports committee. Despite his age he looked after his sick sister.

On July 25, businessman Orazmurat Bekmammedov, 62, died from complications caused by coronavirus. He created the Owadan Ulke firm, familiar across Turkmenistan for its Nur brand of preserved vegetables, mayonnaise and ketchup.

On July 26, the oldest lecturer at the Turkmen agricultural university, Ikramguly Jumaguliev, passed away in Ashgabat. He was 70 years old, but had continued to work.

According to the official death certificate, Jumaguliev died of a heart attack. He spent his last three days in intensive care. However, informed sources told turkmen.news that Jumaguliev’s body was given to his family in a black plastic sack and they were expressly forbidden to open the wrapping. On July 27, the lecturer was buried in his native village of Osty in Farap district, Lebap region.

Nothing to See Here! A Look Ahead to the WHO Visit to Turkmenistan 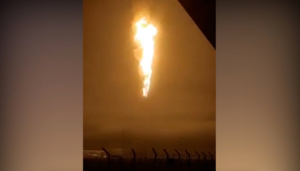