A family in rural Turkmenistan has been urging the authorities for five years to investigate the death of their 21-year-old daughter, Bagul Annanazarova. Instead of opening a criminal case, the prosecutor’s office is protecting a young man suspected of rape and incitement to suicide and is openly threatening the victim’s relatives if they do not stop demanding justice.

Strange as it may seem, turkmen.news heard about this story directly from a source in the prosecutor’s office, who has lost faith in the service.

“It’s one thing when colleagues drag their heels over economic disputes, but something else entirely when it concerns the rape, murder and shredded reputation of a Turkmen family in the depths of the countryside,” the source said in explanation.

Timeline of the crime

On the morning of September 12, 2016 a resident of the village of Berkarar, Maygozel Annanazarova, gave her 21-year-old daughter Bagul money and sent her to the market. When the daughter had not returned home by 11.00, her mother began to worry and to call her cell phone. There was no answer. At 15.00 local resident Dunya Hydyrova called the family’s landline and said, “Your daughter has drunk vinegar!” Hydyrova said Bagul had been taken to the house of her paternal aunt in the village, Ogulmive Ataeva, who works as a nurse.

The girl’s mother rushed to her relative’s house. Bagul had been driven there by Dunya Hydyrova, her son Guvanch and daughter Maral. Bagul was conscious and immediately told her mother she had been raped by another of Hydyrova’s sons, Murad. Bagul said he had met her on the road to the market, beaten her, forced her into the car, and taken her to the empty house of his aunt Bahar Nazarova, who is currently serving a custodial sentence. He raped Bagul in this house, then took her to the house of another of his aunts, Ayna Baylasheva, where the young woman drank the vinegar.

Bagul’s mother asked Hydyrova where her daughter’s bag and telephone were. Hydyrova rang Murad who quickly brought both items. Bagul’s mother found the 23 manats in the bag that she had given her daughter that morning. Meanwhile, Ogulmive Ataeva flushed her niece’s stomach with potassium permanganate and gave her an injection of painkillers. The nurse was later given a severe reprimand for trying to help the young girl at home, rather than taking her immediately to hospital. Bagul’s relatives are angry that the nurse was punished but not the witnesses to the suicide who for some reason did not take her to hospital.

Half an hour later when Bagul was not getting any better she was taken to the district hospital. Her condition worsened the next day so her family transferred her to the toxicological department in the regional hospital in Mary.

On September 15 and 16 Bagul’s mother, Mayagozel Annanazarova went to the prosecutor’s office in Turkmengala and asked if officials were going to visit the hospital and question her daughter. They replied that since the mother was already there, she could explain it all herself. A local police officer called Atash had visited the district hospital on September 12 and asked Bagul where the vinegar bottle was. “Murad knows,” she had replied. The young man brought the bottle to the police officer and said it had been in the yard of his aunt Ayna Balasheva’s house. It emerged that Murad had tried to hang himself in this house straight after what happened to Bagul. In this instance his relatives did not try to treat him themselves but called the doctors right away.

Only on September 19 and 20 did an inspector from the district prosecutor’s office, Novruz Amanov, visit the victim in the regional hospital. On September 22 the young woman’s father met Amanov and told him he was not satisfied with the conduct of the investigation. Two days later, on September 24, Bagul died. Nearly a month later, on October 21, the investigator decided not to open a criminal case. The dead girl’s relatives did not manage to see the documentation until a year later, in August 2017. They saw that there was, to put it mildly, insufficient evidence that Murad was not involved in the rape.

The reasons for the refusal to open a criminal case could easily have come from a cheap film script. Investigator Novruz Amanov concluded that:

Bagul supposedly wrote all this in an explanatory statement when she was talking to investigator Amanov in hospital a few days before her death. The family was not shown a copy of the statement. Hydyrov’s relatives and Bagul’s girlfriends confirmed the romantic relationship (none of the investigators spoke to Bagul’s family). The young man’s relatives claimed they had visited Bagul’s family several times to seek her hand in marriage, but had been refused.

On the basis of Murad Hydyrov’s evidence the investigator concluded that the relationship between the young people was not purely platonic. They supposedly met regularly in the empty house and had slept together several times. Moreover, on March 4, 2016 Bagul allegedly approached the Mother and Child Health Center in Mary about terminating a pregnancy of three to four weeks. Testing for pregnancy is done only after a delay in menstruation, i.e. in the fifth week after conception. Why would the young girl have suspected pregnancy earlier than that?

Bagul’s parents say their daughter had never left her village. Not only did she not know the way to the medical center, she did not have the money to pay for an abortion. They asked the investigator to show them the statement in which the young girl asked for a termination, but he refused.

Moreover, the medical assessment says that Bagul’s hymen had been intact and that seven or eight days before the assessment (i.e. the day the young woman drank the vinegar) there were bloody lacerations in it. It’s not clear how this fits with the investigator’s conclusion that the girl had been leading an active sex life before this.

The experts also found a hematoma on the victim’s forehead and injuries to the back of her right thigh.

All this would appear to confirm that rape did occur and to make irrelevant any further clarification of the victim’s private life. But for some reason the investigators considered the young girl’s virginity and the nature of her relationship with the young man to be of crucial significance. There is good reason to suspect Murad of using force against Bagul and driving her to suicide. They are not interested at all in where the girl was from morning until 15.00, where she was when she did not answer her phone and exactly when she drank the vinegar – i.e. did they take her straight to her aunt’s house or keep her helpless for some time in Murad Hydyrov’s aunt’s house.

The term “rape within marriage” has been applied for some time in civilized countries. Even if a couple has been married for a long time, but the woman refuses intimacy at a specific moment and the man forces her to submit, he is judged as he would be if he attacked a stranger in a back street. A wife is not considered the property of her husband, deprived of her own wishes and voice, while a young, unmarried girl does not have to be seen as “pure and immaculate” for her rape to be considered a crime.

The investigation does, however, have something of an ace up its sleeve. When she was in her aunt’s house receiving first aid, Bagul herself allegedly said: “Don’t harm Murad. I love him. I drank the vinegar because Murad swore at me. I did it in anger in order to frighten him.” But again in the modern application of the law a victim of violence advocating for their aggressor does not have much weight. Women are often psychologically dependent on their husbands, cohabitants and fiancés. They might initially complain of being beaten and raped but then forgive their assailant. The aim of the law-enforcement agencies and social organizations is to help the victim even in such a situation. Unfortunately, Bagul is now beyond help.

It does look as though Murad and Bagul were “seeing one another,” but the investigation did not take the trouble to find out whether these were the consensual meetings of two people in love or a young man’s persecution of a young woman. The story of regular visits to the empty house is not convincing. If this were happening in a small village, the whole district would soon know about it. The story of an abortion at such an early stage when a pregnancy cannot be confirmed is even less convincing.

It is possible that on September 12, 2016 Murad was fed up of waiting for his relatives to convince Bagul’s family to give her in marriage. This could have led to sexual violence, to which a young girl brought up in a traditional family would have reacted as Bagul did. But the prosecutor’s office should have established what exactly did happen on those days in Turkmengala. The investigators showed no enthusiasm, however. Instead they batted away the dead girl’s relatives like importunate flies and even directly threatened them with trouble for their “excessive actions” – threatening them with arrest for 15 days or even “disappearance.”

Nevertheless, for five years Bagul’s parents have refused to forget their daughter. They have appealed several times to the Prosecutor General’s Office, the secretary of the State Security Council, the minister of internal affairs, the head of the National Security Ministry, the minister of justice, the Mejlis (parliament) of Turkmenistan, the ombudsman and the president. They have sent around 70 written appeals and statements and some 30 telegrams to various authorities. But these appeals are sent from the offices of the most powerful down to the very same officials who were so negligent in investigating the case in the first place and who are now told to sort things out. In reality, that negligence should be subject to investigation too. 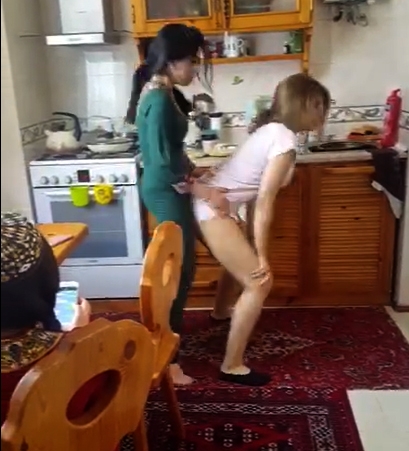