Maksat Bayramov, director of the Gulistan Shopping Center (commonly known as the Russian Bazaar) and also head of the Wrestling Federation of Turkmenistan, has been arrested in Ashgabat. Bayramov is a protégé and close friend of President Gurbanguly Berdimuhamedov’s nephew, Shamyrat Rejepov. At the same time the elite “night” shops belonging to the president’s nephews have been shut. Informed sources have told turkmen.news that the Prosecutor General’s Office is in charge of Bayramov’s case, while the president’s son, Serdar Berdimuhamedov, initiated the inspection.

Life was good for Maksat Bayramov until very recently. Photos of him with Rejepov can be found on social media. Sources say that Bayramov and Rejepov jointly sold pitches at the bazaar to businessmen, and subsequently received both official rent and unofficial additional payments.

But in the last few days the well-established system collapsed. Officials from the prosecutor’s office came to see Bayramov and he was arrested in no time. The accusation against the director is that none of the produce at the market is sold at state prices and all subsidized items are sold according to the market exchange rate for the dollar.

It is not yet clear whether Shamyrat Rejepov will be able to save his friend. But anyone with a passing acquaintance with Turkmenistan understands that only highly influential people could initiate even the very brief arrest of someone so well-connected. And an influential person is in fact involved in the case — no less a figure than the Turkmen president’s son, Deputy Prime Minister Serdar Berdimuhamedov, sources told turkmen.news.

“As soon as his father instructed Serdar to inspect the markets, he went to the Russian Bazaar first of all,” a source explains. “He has never been fond of his male cousins and has been especially angry with them recently. Turkmen.news investigations revealing details of the nephews’ business dealings have played a role in this. The president’s son thinks they are bringing shame on his family.”

Ashgabat’s deputy governor responsible for trade has also been arrested alongside Bayramov, but sources are not giving his name. They might be referring to Rahman Annaorazov, whose resignation was reported by state news agency TDH on December 20. Turkmen.news sources report the arrests of several other officials in the trade sector and the city hall, and also of the deputy chief of police of Ashgabat’s Kopetdag district.

Moreover, the night shops controlled by the president’s nephews have not been open in Ashgabat for several days now. Until recently these shops were the only retail outlets that broke with impunity the undeclared curfew in place in the capital since President Niyazov’s day. These shops sold all types of scarce foodstuffs and high-end alcohol and tobacco.

“Officials from the prosecutor’s office and Ministry of National Security visited one of these shops and told them to close,” an informed source said. “The sales assistant replied, ‘You know this is Shamyrat’s shop, right?’ They gave him a phone and said, ‘Why don’t you call Serdar? If he says we should leave, then we’ll go.’”

In the end this shop was closed and so were others.

Ahead of the December holidays Gurbanguly Berdimuhamedov is paying special attention to retail trade and a plentiful supply of foodstuffs. Turkmenistan’s authorities do not usually acknowledge the food crisis or shortages or the fact that market prices (the result of the black market exchange rate) are way beyond the income level of the population. According to local media, goods are plentiful in Turkmenistan, but sometimes the president, without going into detail, tells his subordinates to be more active in supporting this abundance. This is what happened at the government meeting on December 3.

On December 20, when the minister of trade and foreign economic relations, Orazmyrat Gurbannazarov, and the deputy prime minister responsible for the trade sector, textile industry, and enterprise, Chary Gylyjov, had delivered progress reports, the president gave them both severe reprimands. Berdimuhamedov explained that “errors are made in work to expand the range of products and also in organizational work.”

There are no official reports that the “clean-up” of retail trade has been entrusted to Serdar. However, turkmen.news sources in Dashoguz region said that the local Bay Bazaar is expecting a visit from the president’s son. Ahead of his arrival butchers have been told to reduce the price of meat to 35 manats a kilo. The real price of meat is at least 60 manats, so the traders have simply refused to continue trading during Berdimuhamedov Junior’s visit. Radio Azatlyk sources say that Serdar is also expected to visit the markets in Lebap region. It looks as though, having initiated the inspections in Ashgabat, the deputy prime minister is to go on a tour of the provinces.

Gurbanguly Berdimuhamedov is an only son but has several sisters. His sisters and their husbands, and later their sons, acquired great influence in the country after Berdimuhamedov took over from President Saparmurat Niyazov. The head of state’s relatives do not really hide their wealth. It’s easy to find photographs on social media of their expensive cars, jewelry, villas, and other trappings of a luxury lifestyle. 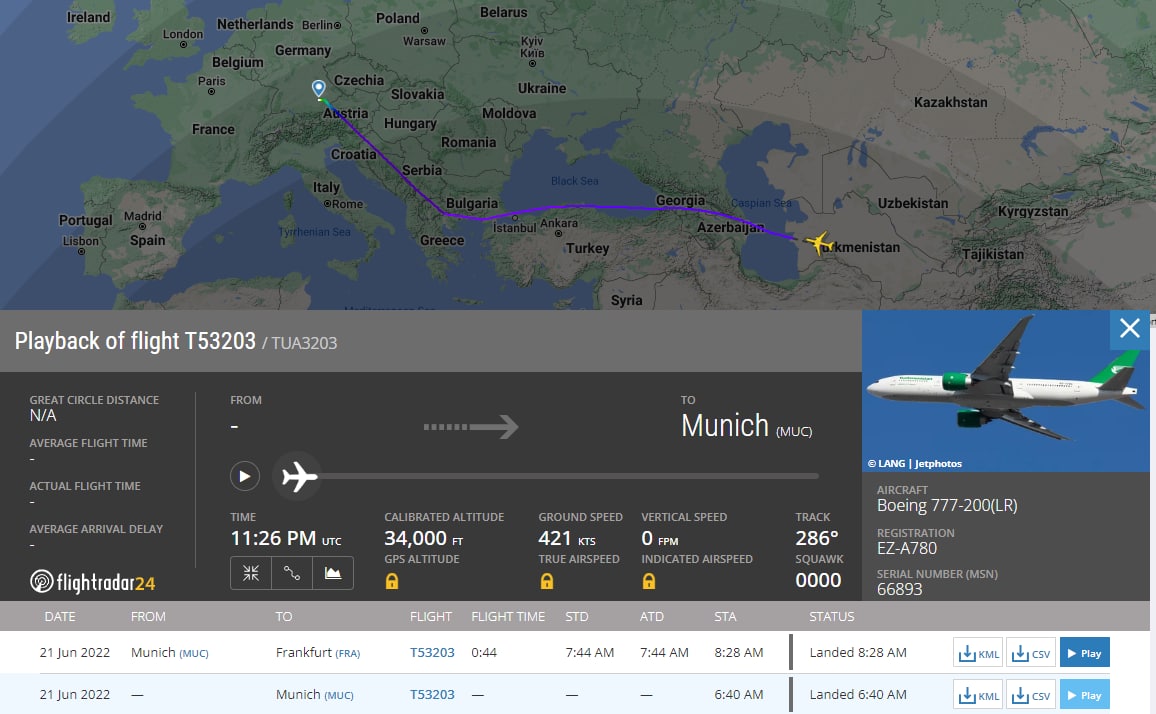