The regions of Turkmenistan are in the grip of yet another shortage of bread and flour. Although flour supplies to state shops are slightly higher than at the end of last year, the lines are just as long. A crowd forms long before the arrival of a supply truck and disperses only when the delivery has been sold in full. There is enough flour at the bazaar, however, but it is too expensive for most shoppers.

So what is going on? Turkmen.news correspondent Selim Khaknepesov discovers that panic buying, speculation and a genuine shortage of grain are at the root of the problem.

No faith in tomorrow

There’s a crowd outside the local grocer’s in the village of Boldumsaz, the administrative center of Boldumsaz District in northern Turkmenistan. And it’s a crowd, not an orderly line. The strongest get to the front, elbowing aside women, old people and anyone who can’t stand their ground. Those in front try to cement their claim to top spot and the guaranteed opportunity to buy the sought-after goods, hanging on for dear life against the pressure of the crowd. A man who already has a sack of flour tries to push back through the crowd to freedom, unintentionally dragging someone else with him. In the flash of an eye the situation changes: one person who was in the middle of the crowd is unexpectedly thrown to the front by the sideways movement of people, while the waves throw someone else right out of the line. A roar of dissatisfaction ripples through the crowd. The result – uproar.

Dushem, a resident of the village of Guyanagyz in Boldumsaz district, thinks that all this fever over flour and bread sold at prices fixed by the state is partly down to people’s own avarice.

“The shoppers act like ‘aç göz’ [which literally translates as “hungry eyes” — turkmen.news]. At home in Guyanagyz and everywhere else too, thank God, no one is going hungry. I’m sure that every house already has a sack of flour in store, but people still aren’t satisfied and hurry to the shops to top up their reserves with another sack. And everyone is at it,” Dushem says.

He thinks that the panic buying will stop if people’s hungry eyes are satisfied, rather than just their stomachs. In other words, flour must always be available for sale. People need to see it themselves and be reassured that flour will not disappear, that they will be able to buy it tomorrow and the day after tomorrow too.

The authorities’ mistake, the villager says, is that for some reason they cannot ensure a stable supply of flour to the shops. As a result, there is flour in the shops today, but not tomorrow, and no one knows if there will be flour the day after tomorrow. It is this unpredictability that makes people uncertain about the future and leads to panic buying.

“They run to the crowd as though to the battlements, sometimes forgetting themselves completely just to buy flour today, now, while it’s available,” Dushem adds.

An employee of the Dashoguz state wholesale and retail firm, part of Turkmenistan’s Ministry of Trade and Foreign Economic Relations, has agreed to comment, on conditions of anonymity. He confirms that the public are indeed stockpiling. Asked why the trading organization that he represents is unable to satisfy the “hungry eyes” of the public, he replies:

“No, it can satisfy them. There is enough flour for now in our firm’s warehouses and grain production centers. The problem is that the price set by the state for flour is much lower than the market price, so people profit from the situation. When deliveries are limited, speculation begins: people buy a sack of flour in the shop for 55 manats [slightly over $3], then resell it at the bazaar for 95 to 100 manats [$5.3-5.5].”

He says that people may also be buying flour at the attractive state price and using it to feed their cattle. And there are grounds for this assertion. In the rural areas of Dashoguz region many owners of smallholdings have been stocking up since autumn on the waste products from cotton production and ginning. In the past Turkmen used to boil these waste products, then add wheat bran or mixed feed and give it to their cattle. There is no longer any wheat bran or mixed feed on normal sale. If individual entrepreneurs are selling them at the bazaar, it’s for astronomical prices. For example, one kilo of bran costs 1.8 to 2 manats, which makes 90 to 100 manats for a 50-kilo sack – twice as expensive as a sack of flour in the state shops. In these circumstances some opportunistic people have started using the cheaper flour from the shops as an additive to their feed.

“When we know this is what people are doing with flour, can we really increase supplies? Of course not! People will only use more cheap flour to feed their cattle. So what else can we do in this situation but supply the norm?” the employee of the Dashoguz state wholesale and retail firm says.

Local observers think it would be easy to calm down the fuss by raising prices in the shops to the market rate, as was done with the introduction of free pricing for the public sale of foreign currency in 2007-2008. The black market for currency disappeared at that time, though it has since reappeared with the market rate for the dollar some five times higher than the state rate.

“If the state raises the price for flour to the market level, believe me, no one will wear themselves out standing in line or fight for their share in the shops,” a local turkmen.news observer says. “But it looks as though it’s important for our president to keep the subsidized prices for flour, and the accompanying hullaballoo, than to make any real moves towards a market economy.”

Duplicity at the highest levels of state encourages the speculative demand for flour, according to turkmen.news observers. On the one hand, the media, quoting the president, trumpet the population’s high living standards: people have supposedly started to live wealthy, happy lives, so they are able to pay for electricity, gas and water, while on the other hand the authorities still pursue cheap populism. This duality can be clearly seen in the flour and bread supply system.

Observers think that the lifting of concessions on utilities was a trial run and that very soon the authorities will remove subsidies on food supplies too. There will be no more state prices for chicken, eggs or flour and the whole concept of a “state shop” will disappear.

Another reason: shortage of flour

Residents of the Turkmen heartland, with whom turkmen.news managed to speak, do not believe that there is enough flour in the silos. Villagers have seen an annual shortfall in the wheat harvest over the past five years. Their case is convincing.

There has been a shortfall in food grains since 2015, when the planned harvest of 1.6 million tonnes of grain was some 200,000 tonnes short. The grain shortfall was already 600,000 in both 2017 and 2018. According to the latest report by the Turkmenistan State News Agency (TDH), just over one million tonnes of wheat was harvested last year. Of this, some has to be written off for sowing next year. So, even less grain is available to meet food requirements.

“There’s probably not all that much wheat in the silos,” Khally, from one of the farming associations in Koneurgench, says. “If the state granaries were full, there would be plenty of bran for sale and it wouldn’t cost more than flour. Then no one would be feeding cheap flour to their cattle.”

He thinks there is a shortage of grain, so it is now being milled in minimum quantities to allow the current supply levels to the population to be maintained until the next harvest. The situation will change if the state purchases food wheat from other countries, but where would that leave the claim that Turkmenistan has joined the world’s grain exporters?

While they discuss who is to blame and what to do about it, the people will continue to storm the state grocery stores, buy up cheap flour for their own use, for re-sale and for animal feed. And of course they will continue to berate the authorities, who either cannot, or do not want, to improve the economy and make it more socially oriented. 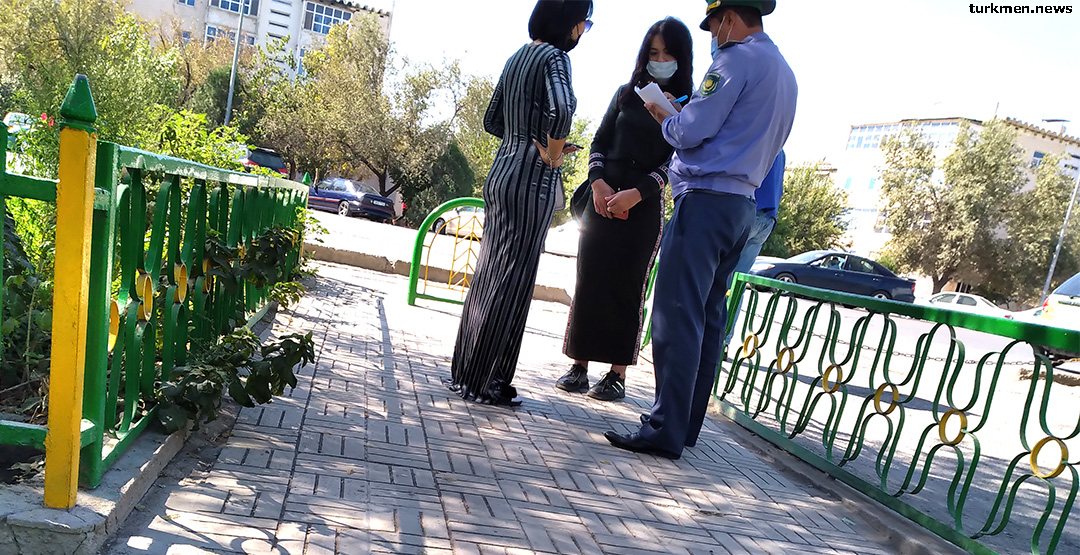