At a meeting of the State Security Council on January 27, Turkmenistan’s president Gurbanguly Berdimuhamedov sacked the head of the Border Service, and made a speech about the need to take care of military hardware. He was clearly referring to the crash of the Border Service helicopter in Ahal region on January 13, which has been hushed up by the authorities. After turkmen.news reported the tragedy and established the names of the dead helicopter crew, we were contacted by a person in Ashgabat who told us that this was not the first such incident. Our source knew of another two crashes involving military helicopters. The captain who survived one crash was sentenced to a long term in prison. What other secrets have the Turkmen authorities hidden from the public?

Does only hardware matter?

In his speech at the State Security Council the president almost openly referred to the accident which had not been reported by official media. He said that “state funds are used to purchase the most advanced airplanes, helicopters, and ships” for the defense and law-enforcement agencies, and repeated several times that this hardware should be handled gently.

Berdimuhamedov did not even mention in passing that the lives of the crew were just as important, if not more so. On the contrary, he practically blamed the dead crew for the accident, instructing that in future “stress be laid on training qualified specialists who know their work, and are capable of operating the special hardware of the armed forces and other troops.”

The pilots cannot be punished for “negligence – the captain of the AgustaWestland (AW139) crew, Bayram Kurbanov, co-pilot Maksat Muradov, and flight technician Babakhan Sultanov all died in the crash. But the head of the Border Service, Shadurdy Durdyev, has paid for it with his job. Berdimuhamedov dismissed him for “serious failings in his work” and lowered his rank from major-general to lieutenant-colonel. Two deputy heads, Annamyrat Charyev and Ilaman Ilamanov, received strict reprimands.

“We call these ‘ring’ flights,” a military source explained. “The president’s aircraft is always accompanied on the right and left, in front and behind. And on January 13, the AW139, which was to have taken part in the ‘ring’, took off from Akdepe to fly to refuel in Mary. The crash happened near the town of Yashlyk. For some reason they were very low. If they’d been flying 10 meters higher, they wouldn’t have caught the line. The pilots probably couldn’t find their bearings in the fog. Most likely the instruments cut out.”

Corruption instead of Mi-8 helicopters

This specialist and several other military officers we consulted think it was a mistake in 2012 to buy the AW139 helicopters, designed by the Anglo-Italian company Agusta and American Bell Helicopter.

“They could have bought 10 Russian Mi-8 helicopters or even the latest generation Mi-17s for five of those,” our source said. “The AgustaWestland cannot fly in extreme heat. It doesn’t even take off in 50 degrees or when there’s dust. So, if you have to fly to Tagtabazar, a dusty district, it can’t get off the ground or land. Sand and dust get into the engine and that’s it, it cuts out. It can’t fly in subzero temperatures either – say in minus 35 degrees. But the Mi-8 is a workhorse. Plus 50 or minus 50 – it gains height and flies without any problem.”

The source thinks that corruption is behind the purchase of the AW139. Some officials had the chance to make something on the deal. “They amassed cars, houses, put their children through university. If they’d bought the Mi-8, there wouldn’t have been anything in it for them.”

Vasiliy Sychev, a Russian expert on military hardware, thinks that the AW139 is not that bad an aircraft. He told turkmen.news that this type of helicopter can fly in dust and low temperatures.

“It’s another matter that visibility is practically zero in dusty weather, so even the Mi-8 wouldn’t fly without additional special systems, but not because the helicopter itself cannot do it, but because the pilots cannot see anything,” the expert said.

He added that the Mi-8 has an advantage over western helicopters: the Russian chopper can fly in high mountains in high temperatures. The expert agreed though that the AW139 is more expensive, unfamiliar to Turkmen pilots, and more difficult to service in Turkmenistan.

“Go and find specialists on AgustaWestlands, if you can,” the expert said. “How do you get hold of spare parts? And what about a major overhaul? Do you bring in Italian mechanics or send the helicopter to the manufacturer? It’s all much easier and cheaper with the Mi-8.”

According to turkmen.news’ information, these issues are all decided at the level of the president. He personally issues instructions on the purchase of spare parts and sending hardware for repairs.

As for the training of pilots, the main selection criterion is regional origin. Many young specialists have to give up a career as a military pilot because of the unfair selection of students: some are sent to study as flight technicians, though they passed all the pilot’s exams, while others are given places in the more prestigious flying faculty though they don’t have the knowledge for it.

The captain of the crashed helicopter, Bayram Kurbanov, came from Mary region. Technician Babakhan Sultanov was born in Dashoguz region, and the youngest member of the crew, 39-year-old Maksat Muradov, came from Ashgabat’s Hitrovka district. Muradov initially studied at the Military Institute, then completed a one-year course for air-traffic controllers in Pakistan. After that, in 2010, he studied at the Turkmen Air Personnel Training School (APTS).

Muradov and other pilots had to return to the APTS for retraining because of two Mi helicopter crashes, which were hidden from the public, but angered the country’s leadership. Both crashes happened in mountainous terrain, which according to the Russian expert shouldn’t be a problem for this make of helicopter.

“In 2010 a Mi-24 crashed at the airfield near Gokdepe,” our source says. “It was caught by a tail wind as it came in to land. Three guys died in that crash too; one, Guvanch, was from Dashoguz; the second was Maksat, and I don’t remember the third.”

Our source said the second crash happened in 2011. The now defunct State Service for Protecting the Security of a Healthy Society, which tackled drug trafficking, had asked the State Border Service for help. The inspectors needed to search for poppy fields from the air. The Mi-8 took off from Mary for Tagtabazar. Everything was fine. When they took off the next morning, one of the helicopter’s two engines failed and it nosedived from a 10-meter height. No one on board died. The source said that the helicopter, tail number 23, was old and less than a month short of decommissioning.

After this incident, the Service for Protecting the Security of a Healthy Society acquired its own helicopter, a smaller AgustaWestland – an AW109. When the service was disbanded in 2016, the helicopter was given to the Border Service. It is still registered at the Akdepe airfield.

From the skies to a prison cell

Igor Chumikov, captain of the helicopter that crashed in 2011, was sentenced to imprisonment. He was given an 11-year term in colony MR-K/16 in the town of Bayramali. He had been sued for several million dollars for the old helicopter, which of course he could not pay. A turkmen.news source with connections to the colony confirmed that Chumikov had been a prisoner there but had already been released.

The source also told us the fate of a Turkmen MiG pilot, Aleksandr Panov, who also served a sentence in the same colony. His case was far more complicated though and had a political subtext. “He was a real flying ace,” the source said. “When Russian troops left Turkmenistan in the 1990s, Saparmurat Niyazov personally asked Panov to train Turkmen pilots. In the 2000s, when Russia’s relations with Georgia began to deteriorate, Panov went to Iran to test Georgian MiG planes there. Russian intelligence found out about this and asked the Turkmen authorities to take him off the work. Not long before the start of the war between Russia and Georgia in 2008, the Turkmen pilot was sentenced to six years on charges of illegally crossing the border.”

The source said that on the pilot’s first birthday in detention, Aleksandr Panov’s fellow servicemen and trainees arranged a surprise for him: two fighter planes performed aerial acrobatics above the prison colony for several minutes.

“If only you’d seen the wardens panicking!” laughed the source.

Aleksandr Panov has been released and is working as a taxi driver in Ashgabat, according to turkmen.news’ information.

As for the crash of the Mi-24 in 2010, the commander of the air force, Kurbankuli Kurbankuliev, was dismissed and sentenced to 11 years in prison. Unofficial sources reported this, citing “local human rights groups”. The human rights activists found out that Kurbankuliev had been accused of giving flying permission to one of the pilots of the crashed helicopter who did not have higher education. But sources in the Ministry of Defense said that the recordings on the black boxes showed that the crash was not the result of a mistake by the crew, but of wear and tear to the helicopter. This helicopter, like the one that came down in Tagtabazar in 2011, had long since completed its service life and had been in the repair shop not long before the crash.

It was also reported that two of Kurbankuliev’s brothers had also been sentenced to “keep him company”. One had worked in criminal investigation and the other had taught at the Military Academy.

We asked our military source whether we should expect the dismissed head of the Border Service, Shadurdy Durdyev, to be imprisoned too.

“Yes, they’ll put him inside,” he replied. “That’s how the system works. An accident happens – the most important person in the service is held responsible. A new head comes in until the next accident.” 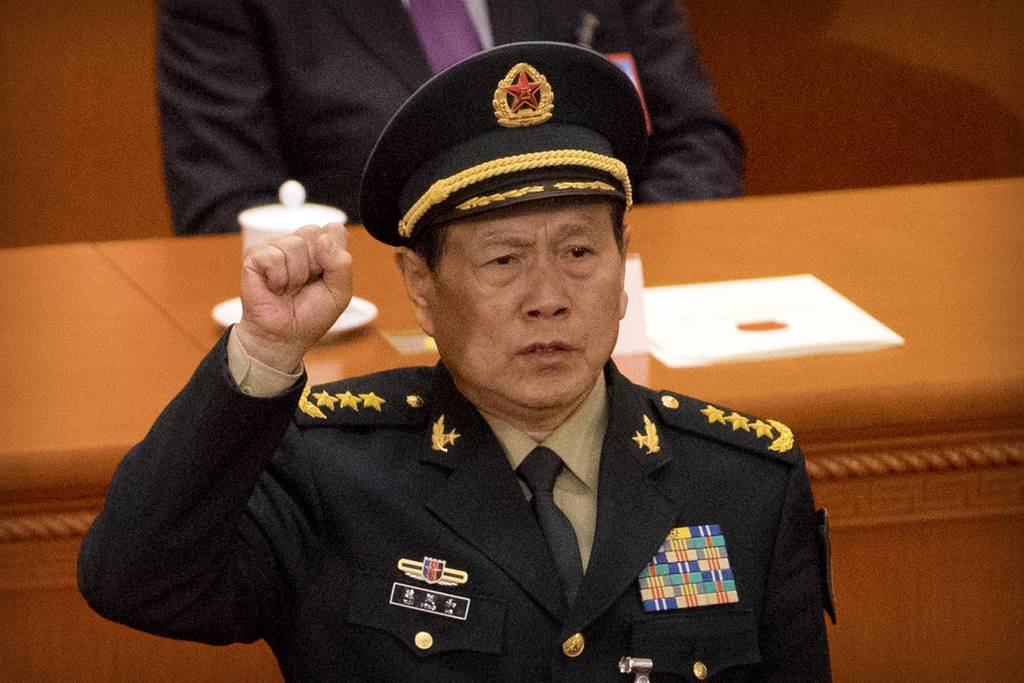