“Living in Turkmenistan made me tougher than a strip of stale beef jerky.” Interview With American Writer Hans Fellmann. Part II

Turkmen.news is publishing the second part of the interview with Hans Joseph Fellmann – an American writer, author of Saving Jahan: A Peace Corps Adventure in Turkmenistan Based on True Events. Fellmann spent over two years in Turkmenistan in the mid 2000s working as an English teacher in a secondary school. This time we talked with him about the work of Peace Corps in Turkmenistan and why it pulled out of the country, as well as about today’s Turkmenistan.

– The Peace Corps is no longer in Turkmenistan. In 2011 all Turkmen-Turkish schools suddenly closed. FLEX and other exchange programs are at the brink of closing. I personally think it’s a disaster given that Turkmenistan’s education level is low, but its demand for international exchange is high – even that Department of Education official, portrayed in your novel by the character “Kakatits” (due to the woman’s large figure the author called her anything but her real name – Kakilik), badly wanted to go to America. What do you think of it all?

– In my opinion, Peace Corps Turkmenistan was a horribly mismanaged program that prioritized baseless training, nannying policy, and staff salaries over thoughtful instruction, effective strategy, and volunteer needs. Were it to undergo a fundamental restructuring, I might want to see it reinstated, but as it stood, I’m good … I had little experience with the Turkmen-Turkish schools so I can’t speak to their efficacy. I do know FLEX did good work; it would be sad to see it go. As for old “Kakatits,” the woman struck me as a leech looking to capitalize on other teachers’ hard work. Pardon my French, but she can go fuck herself.

The DoE official who came to inspect the school, asked the volunteer to give her a letter of recommendation so that she could participate in the teachers’ program in the U.S. They had never even met before. Nevertheless, Hans took the form to fill out, but when he got to specific questions about how long he had known the applicant, he honestly wrote: just one day. The following question was about evaluating the person’s work, to which Hans wrote: not applicable. These answers scared his Turkmen co-workers, they started to ask him to write a good letter of recommendation and to make up the answers, and that otherwise the woman could cause troubles for the school. But the volunteer refused to lie and threw the form into the trash.

Summer camp for kids organized by the PCVs. Slide image for more

– Why do you think the Turkmen government booted Peace Corps? Of course, there was a need for you guys to teach English, help develop healthcare, etcetera.

– On paper, the Turkmen government booted Peace Corps. But in reality, I think Washington canceled the program because they viewed it as a financial drain and an embarrassment to the greater organization. I heard rumors that Peace Corps Uzbekistan met its end for similar reasons.

– There was a part in your book where one of your fellow volunteers said something like, “Our work here is means shit.” Did you feel the same way? … Back in the late 90s, PCVs were doing a lot: the Chuli summer camps alone were a blast. I was there once, and the following year I was accepted again, but the government shut it down. The government subsequently minimized the scope of work PCVs could do. Even our frisbee games with the volunteers weren’t happening as much. Why do you think that is? Why did the Turkmen government not like it all? I mean, I loved every minute I spent in Chuli; not only did I learn English and develop leadership skills, I also learned basic things like caring for the environment and saving water, which they hardly taught us at school.

– Yes, I often felt like my work in Turkmenistan meant nothing. I could tell you it was because the government shut it all down before it could bear fruit, and because Peace Corps was grossly inept and mismanaged, and as a result, my efforts were damaged, and these things are all true, to a point. What most volunteers won’t tell you – especially the ones who love to portray themselves as wonderfully giving people whose compassion and hard work are limitless – is that after all the hangovers, barfing and bad meals, the sandstorms, heat and diarrhea, the depression, anxiety, and panic attacks, the roadblocks, the bureaucracy, the failed efforts … sometimes, you just stop giving a fuck. If this happens, your work, in every sense of the word, means “shit.” … As for why the Turkmen government made our work a real bitch; I have my theories. Part of it could have been pride – Turkmenistan is a relatively new country that likes to think of itself as “eternally neutral and independent.” Having a “big brother” like the US meddle in its affairs was probably not high on its list of priorities. Another part could have been the pervasive view among Turkmen that we volunteers were really spies for the American government; if you take into account that we were placed all over the country, interacted with every level of society, and made routine reports on our situation, progress, and goals, this view is kinda true.

– Do you keep in touch with any Turkmen nationals you met during your service?

– I keep in touch with my eldest host brother, as he was the only person in my host family, with whom I formed any kind of real relationship. I also chat with a few of my former students, on occasion … A couple months after returning home, I wrote my host family and each of my counterparts a letter. I know they got the letters because the volunteer who served at my site after me, hand-delivered them. Sadly, no one responded. I took this as an indication that they were not interested in maintaining contact.

– I could tell the terrible rape story involving the character “Brooke” was real. You wrote that she stayed in Turkmenistan afterwards, but I guess the real person left for America and never came back. Am I correct?

– No. The real person stayed in Turkmenistan and finished her service. She is one of the bravest people I have ever known.

The director of the school, where a female volunteer worked, gave her alcohol and took her to a remote place by the reservoir. There he raped her. Later he was given 8 years in prison. During investigation the woman’s host mother as well as some of her Turkmen colleagues at school testified that “Brooke” lives an immoral life, drinks alcohol and hangs out with men.

– Nothing major, but I was arrested two other times for being drunk in public and breaking curfew. The first of these instances was the most memorable. It happened in Ashgabat at the volunteer watering hole, “The Zip Bar,” some Friday night at the beginning of my service. I was drinking with a married couple and a person I refer to as “Ken” in the book. We all got shitfaced and decided to walk through a nearby park to get to some club. We were laughing and screaming and yelling. Two cops stopped us in the middle of the park and took us to the station. They stuck us in the holding tank with the drunks and the whores. They eventually called Peace Corps, who sent a car to come get us. Before we left, we had to sign our names on the register. Everyone did so except Ken. The cops got angry and demanded he comply. He picked up a pen, but instead of writing his own name, he wrote “George Bush.” We all tried desperately not to laugh. Thank God, the car showed up.

– Have you visited or attempted to visit Turkmenistan in the years since your service?

– No. Although, I would like to return one day to visit friends and former colleagues, and to see how the country has changed. I would also like to hit up some cool places I never made it to during my service. The top three would be the Darvaza Gas Crater, the dinosaur footprints, and the Caspian Sea.

– It’s been almost 12 years since you left. Do you follow any news from Turkmenistan, or at least hear about it?

– I have done a poor job of keeping up with current affairs in Turkmenistan. Occasionally, I see bits of news posted on Facebook by other volunteers, or I catch something on YouTube – the derisive (and quite frankly, moronic) piece John Oliver did on President Berdimuhamedov comes to mind. But other than that, nothing. The main reason is “distance.” I mean this in the physical sense, as I live in California – a place that has little to do with Turkmenistan – and in the mental sense, as I have just finished the exhausting process of publishing a novel based on my experience and have little desire to look back.

– President Berdimuhamedov started off well, though some of your characters, like “Bayram,” were pessimistic about his rule after only a year. What do you think of Berdimuhamedov’s rule now? Where has he brought Turkmenistan?

– As mentioned previously, I don’t really follow Turkmen news. From what little I’ve read, it seems that not much has changed; by this I mean Turkmenistan is still an obscure, isolated country with an authoritarian regime headed by an eccentric megalomanic who crushes dissidents, bans freedom of speech, and champions his own cult of personality.

– Georgia was one of your top picks for Peace Corps service. Do you think your current life would be much different if you had served there instead of in Turkmenistan?

– It’s hard to say. Obviously, I would have had a very different experience and written a very different book. But since I don’t have many close ties to Turkmenistan and it’s only been a short while since I released Saving Jahan, there isn’t much in the way of Turkmenistan-specific influence on my life at the moment. I will say that living in Turkmenistan made me tougher than a strip of stale beef jerky – something that came in pretty handy during my two-year battle with pancreatitis. I can also say that I developed an enduring appreciation for good produce, beautiful skies, colorful bazaars, gold teeth, goat meat, Silk Road ruins, cool mosques, camels, and meals on the floor – all things I might not have come to appreciate as much had I been sent to Georgia. 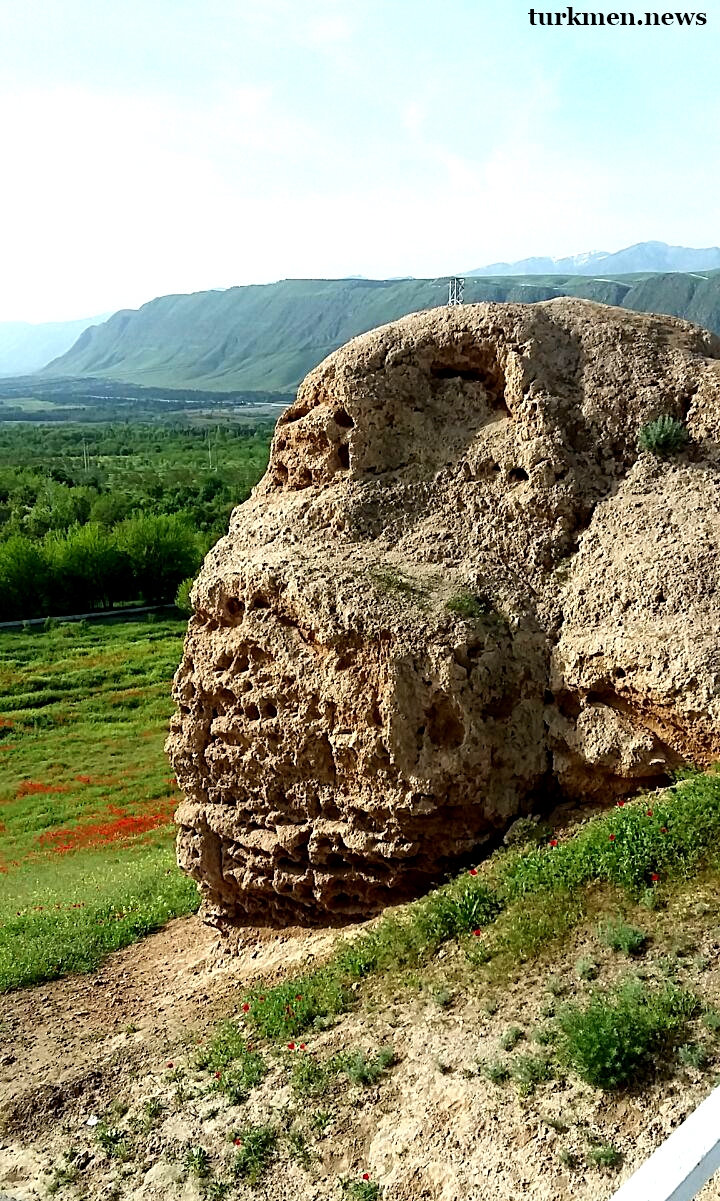 Is Turkmenistan Turning Its Back on Lucrative Foreign Tourism?

Turkmenistan: Harsh Childhood in the State of Happiness. A turkmen.news film about child labor